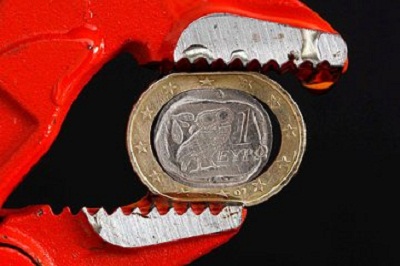 Awaiting the government’s official figures, which will be released next 30 April, the forecast published this week by the Bank of Spain should be taken as a telling sign of the success that austerity budgets throughout euro peripheral State members are enjoying. The Spanish central bank said that it expects the country’s economic activity to fall by 0.4pc during the first quarter of 2012, a one-tenth down from 2011’s last quarter.

According to Tuesday’s report from analysts at AFI, in Madrid, the composition of this downturn shows a correction in all fronts as domestic consumption and demand follow the track of cuts in public investment.

“The loss in internal demand is probably going to surpass one percentage point in the quarter, and could even be higher later in the year when the central package of the austerity budget begins to be implemented.” How does it impact the neighbouring euro area? If a Spanish risk premium’s spike can spell trouble to US employment numbers, it would be fatally ingenuous to be shocked about the drop registered in France’s and Germany’s PMI manufacturing and services indexes. New orders, inventory levels, production, supplier deliveries and the employment environment in core Europe suffer from peripheral austerity. That is contagion for Paris and Berlin.

German PMI manufacturing index is now at 46.3 and French PMI services sector index is at 46.4, both below the expansion-recession line of the 50-point level. Growth in the euro area for the second quarter of this year looks unlikely to happen.

But will Brussels listen to what charts have to say?

“A negative macro-picture for the whole of the euro zone in 2012,” AFI suggested, “could push some governments to relax the deficit target deadlines in an attempt to catch up with economic growth goals and in line with recommendations made by the International monetary Fund in its latest communications.”

Be the first to comment on "Brussels orders austerity, Europe returns economic contraction"