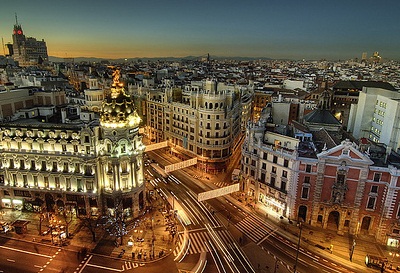 Some aspects of this foreign direct investment figure in Spain are worth commenting. For instance, the growth rate was positive for the second year from the lows of 2009. By country of origin, investment is concentrated in the European Union with 83.5%, bringing the UK and France 55.1% of the total. Investment from Spain (4.2%) is due to investments made in our country by subsidiaries of Spanish companies abroad. By sectors, those who have received more than 10% of total productive investment were information and telecommunications (23.2%), transport and storage (19.7%), manufacturing (18.6%), and financial activities and insurance (12.3%), as usual. By autonomous regions, 55% went to Madrid and 13.4% in Catalonia.

Regarding the Spanish net investment abroad, this amounted to €15.658 billion (1.5% of GDP), 33% less than in 2010. The investment was concentrated with 82.6% in productive societies, especially in listed foreign companies, in which there was an increase both in gross numbers, 147.3%, the net figure being 116.2%.

In recent years, as a result of the current crisis, Spain is correcting its imbalances, among which is the competitiveness. Its increase is impacting not only in correcting the balance with the outside world but also in the growing process of opening Spanish companies abroad, widening the export base.

Also, lower inflation, the containment of unit labour costs and higher productivity can return the appeal to new foreign investment.