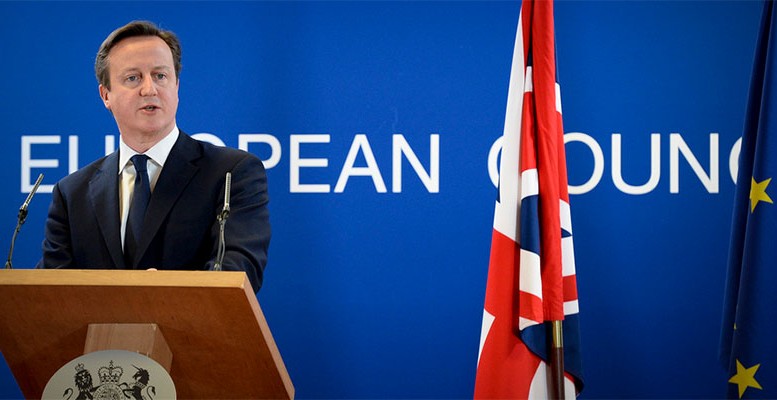 I said it a short time ago: the institutional campaign against the UK referendum on June 23rd has been embarrassing. From Her Majesty’s government to that of the EU, the Bank of England (clearly overstepping its line of duty), and including the vailed threats that the world was going to end and Great Britain would fall into a chasm in history. In any event, if the winning vote is for Brexit, part of the blame lies in the official, inopportune tactics of propagating fear and exagerrated falsehoods.

There is a strange article in the FT dedicated to The Day After. An ostentatious European Summit is called (including all the heads of state and prime ministers) WITHOUT the UK. Widespread calls for greater union are expected. That’s logical, because the complete opposite is expected: doubts about this common destiny.

Now this summit may turn out to be a case of a mountain labouring to give birth to a mouse. As the writer says, Everybody will say: ‘We’re sorry, this is a historical disaster but now we have to move on.’ And then: ‘OK, David [Cameron], goodbye, because now we have to meet as 27 leaders,’ said one senior diplomat intimately involved in the planning. “That will be rather a decisive moment: will the 27 find the energy, the convergence of views to define a common agenda or whether it will be only the 19?”

Division is more than likely and the consequences absolutely unexpected. If they become threatening, this may give upward momentum to parties like Le Pen’s (or Podemos) which have lived off and grown from this for many years.

French officials are wary of Brexit contagion spreading to other member states and the lift it would provide to anti-EU insurgents like the National Front’s Marine Le Pen. They are determined to send a tough and punitive message to show divorce will be costly for Britain. “Playing down or minimising the consequences would put Europe at risk,” said one senior French official. “The principle of consequences is very important — to protect Europe.”

They ought to think a bit more in depth to find the real reason for an eventual Brexit. This has its origin in UKIP, Nigel Farrage’s party, which lost the last elections. He, however, won a large amount of votes (things that happen in England). Unexpectedly, the eurosceptics in Cameron’s Tory party jumped on this bandwagon, forcing him to call the referendum to shut them up and avoid a tragic split in his party.

One of the emerging leaders, who could be the next prime minister if his Brexit camp wins the referendum, is Boris Jonhson, former London mayor and a hard nut to crack.

And why are there people ready to vote for Boris, Brexit, or Le Pen, and similar kinds of parties on the increase in every country?

There is only one reason. It’s because of Europe’s failure to come up to expectations. Europe is in a economic pit. It has declared itself incapable of creating its own institutions to substitute the national governments it has taken over with the euro. The euro was sold as a purely technical thing and to do this the consequences were falsified, with the complicity of politicians and senior officials. Voices from the other side of the Atlantic warning of the huge mistake were stifled. The euro has become a fetus of undesired political consequences which they don’t know how to deal with. Look at the correlation European weakeness-national weakness: it’s irresistible. It’s what the FT says, in another article:

There is a degree of irony in this warning. It is true the rise of parties and politicians on the far left and right of the political spectrum complicates the task of reform. Yet their electoral success reflects the failures of the policy establishment, monetary policymakers included. If the populists take power, central banks — the ECB among them — will be first in the line of fire.

So an eventual Brexit cannot be handled with more of the same. This would speed up the decomposition. That said, it’s what we will hear while the anti-euro parties, which are also anti-semitic, will be on the increase in every country.

Frankly speaking, I think it will only take a miracle to avoid us all falling into this centrifugal force, if the referendum turns out badly for Europe.

Many parties, both on the right and the left, want it. Besides, it’s the logic of power, they want power and so they have to get it back from Europe.