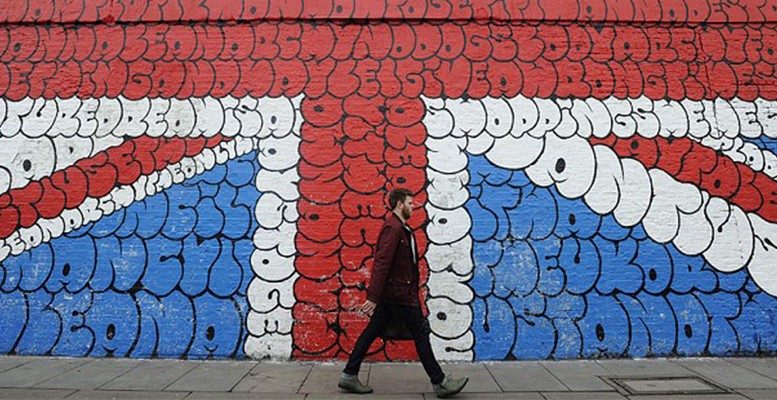 With one day to go to the referendum, the Brexit flame looks like its going out: the polls have completely turned around since the murder of MP Jo Cox.

In the two previous weeks, it looked as if the rise in the polls in favour of the Brexit camp was going to be unstoppable and the markets did not stop showing their concern. Financial markets don’t like uncertainty; they live off the risk which can be confined within a probability, which can at the same time be offset by another inverse risk in one of the numerous derivatives markets, where  London is a world leader. But then suddenly, Brexit became an event which was difficult to measure in terms of risk.

A good part of the blame lies with the ignominious campaign of fear-mongering started by Cameron’s government, seamlessly supported by the Bank of England. There was also the ridiculous threat from the Chancellor, Osborne, that he would present a new budget with drastic cuts and tax hikes if the Yes vote won. Many of his own MPs told him they were not going to vote on such a thing. The IMF and, of course, the more European institutionalists in the main countries, including the Spanish government, threatened serious economic consequences, calculated with an unprecedented precision at thousands of millions of euros up to the last cent. This whole panoply of threatening arguments had a boomberang effect, taken full advantage of by the other side, which in a short time won clear positions in the polls. The brutal murder of Joe Cox sorted things out, apart from the fact that the betting agencies never stopped being in opposition to Brexit.

In Spain, nobody has understood anything about Brexit. We are so soaked in the europeanist doxa, after which no-one worries about investigating the nuances, if it is not to condemn the “heterodoxy,” doubtless the result of that eccentricity which is typically British of wanting to leave the European “paradise.”  But there are threats from all sides; for example in Austria, to which no-one pays attention, but where the extreme right candidate Hofe is about to be sworn in.  (see next post). Few Spanish analysts have looked deeply into this question:  you need to read the best British columnists (Ambrose Evans-Prichard, Wolfgang Münchau, for the Brexit camp; and Martin Wolf, Jeremy Warner, for the opposite camp). Or even renowned US economists, like Paul Krugman. I suppose it would also be easy to find some good analysis and evaluations of Brexit in France.

Brexit is a complicated subject, and not only from an economic point of view, although its consequences are. To understand it, it has to be looked at within the context of the extension of the social and political unease fuelled by the crisis. And also after the crisis, where Europe has failed to deliver even a minimum economic and moral recovery. Europe has not provided the right answer and has remained stuck in the position of not rectifying this. Increasing discontent has directly targeted the national institutions and the result has been increasing political instability, coupled with a resentment towards the whole EU set up, behind which people guess specific national interests are concealed.

In reality, the crisis has left Europe split in two: the North and the South, the creditors, where Germany stands out, and the debtors, with Greece at the top of the list, closely followed by Italy, Spain, Portugal and Ireland. To what extent is the official European doxa – austerity as a source of virtue – the reason for this? Or  are the imbalances due to the predominance of spurious interests coming from Germany? We don’t know. We should avoid conspiracy theories, and so it’s better to go with the Keynes theory: politicians are slaves of dangerous ideas which were formulated way back by an economist who is now dead. Politicians are not evil, it’s a question of a stupid choice between the less risky theories for their own position. There is friction when they transmit this stupidity to each other, and the EU is a network of interests through which these old ideas, which have become out of date due to the crisis, are disseminated.

Brexit is the manifestation of this deep unrest existing throughout Europe, the British version, because each country’s culture has given it its own form. In the case of Brexit, it’s the fear that Europe will progressively take more control of the democratic decisions of the the British parliament. This has a certain logic, given the increasing lack of democracy in the decisions taken at the European summits, where the UK has an ever smaller share in the decision-making, even though this is only because of the expansion of the EU. This is what Ambrose Evans-Prichard says, one of the most authorative voices in the Brexit camp. Of course the debate does not stop there. And we have the analysis from the other side by Jeremy Warner. This is based on the short-term consequences and on the fact that the UK has shown it can remain influential within the EU, while keeping its monetary sovereignity.

For me the best and most prudent analysis is that of Paul Krugman. In spite of stating that he is against Brexit, he says he undertands the reasons for the rebellion against the EU’s dysfunctionality: for this reason, it is worth highlighting his argument:

More important, however, is the sad reality of the E.U. that Britain might leave. The so-called European project began more than 60 years ago, and for many years it was a tremendous force for good. It didn’t only promote trade and help economic growth; it was also a bulwark of peace and democracy in a continent with a terrible history. But today’s E.U. is the land of the euro, a major mistake compounded by Germany’s insistence on turning the crisis the single currency wrought into a morality play of sins (by other people, of course) that must be paid for with crippling budget cuts. Britain had the good sense to keep its pound, but it’s not insulated from other problems of European overreach, notably the establishment of free migration without a shared government. You can argue that the problems caused by, say, Romanians using the National Health Service are exaggerated, and that the benefits of immigration greatly outweigh these costs. But that’s a hard argument to make to a public frustrated by cuts in public services — especially when the credibility of pro-E.U. experts is so low. For that is the most frustrating thing about the E.U.: Nobody ever seems to acknowledge or learn from mistakes. If there’s any soul-searching in Brussels or Berlin about Europe’s terrible economic performance since 2008, it’s very hard to find. And I feel some sympathy with Britons who just don’t want to be tied to a system that offers so little accountability, even if leaving is economically costly. The question, however, is whether a British vote to leave would make anything better. It could serve as a salutary shock that finally jolts European elites out of their complacency and leads to reform. But I fear that it would actually make things worse. The E.U.’s failures have produced a frightening rise in reactionary, racist nationalism — but Brexit would, all too probably, empower those forces even more, both in Britain and all across the Continent. Obviously I could be wrong about these political consequences. But it’s also possible that my despair over European reform is exaggerated. And here’s the thing: As Oxford’s Simon Wren-Lewis points out, Britain will still have the option to leave the E.U. someday if it votes Remain now, but Leave will be effectively irreversible. You have to be really, really sure that Europe is unfixable to support Brexit. Advertisement Continue reading the main story So I’d vote Remain. There would be no joy in that vote. But a choice must be made, and that’s where I’d come down.

And indeed the European project was a very positive one, which later took a detour from its path of common sense and caution, sucking national decision-making powers into a disfunctional bureaucratic magma.

This is the ultimate reason for Brexit, and if the Remain camp happily wins on June 23, it won’t have served any purpose if European leaders don’t take on board the great responsability that they have been given and don’t amend the situation of poverty and unrest in which we are immersed. Because this is what Brexit is, a warning, and there will be more to follow. And trying to stifle those with threats but without viable solutions, as has happened in Greece, will delay the fall but it won’t avoid it.

Marx said that history manifests itself in tragedy and repeats itself in comedy. Let’s hope that is the case, and that this repetition of the 1930s crisis, The Great Depression, reminiscent of what is going on today, does not end up being a European tragedy. It would be bitterly ironic if a project created to avoid for ever the aggressiveness between European countries was the cause of uncontainable social tension which was the origin of the political dislocation at that time.

This was Keynes constant leitmotiv, ever since he wrote “The Economic Consequences of Peace” in  1919, where he warned that the weight on Germany of the compensations was going to give rise to a broken society and a deep crisis in central Europe, which would lead to another war. For Keynes the role of a government is as follows:

Politics was, for Keynes, a branch of practical ethics: it was the science of how governments should behave. The purpose of government was not to bring about states of affairs ‘good intrinsically and in isolation’, but to facilitate the pursuit of such goods by members of the community. The presumption was that the more prosperous and contented a community is, and the fairer its social arrangements, the better will be the states of mind of the inhabitants. Politics should be so arranged as not to distract people unduly, and certainly not continuously, from the cultivation of good states of mind. (R. Skidelsky, “The return of the Master””

From which it is obvious the EU is moving further and further away.