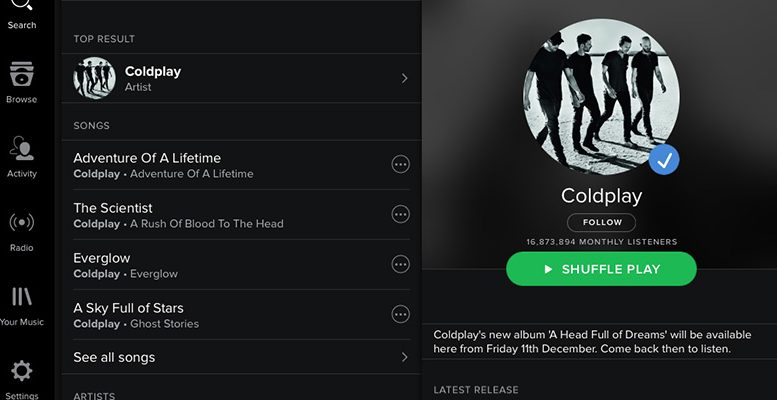 F. Barciela / F. Gil Ljubetic | Despite the fact that over the last 10 years there has been a lot of feverish activity promoting technological entrepreneurship and help for startups in Spain, so far we still do not have one company which is worth more than 1 billion dollars, what is referred to as a Unicorn.

But Europe now has 34 of these companies, most of them in the UK or Germany, but also some in  Northern or Eastern European countries. One of the most spectacular was Skype, founded years ago in Estonia and sold to Microsoft for almost 6 billion euros. Another one which stands out is the Swedish company Spotify, which is the now the standard method for listening to music. And not to mention the US, where in the last five years nearly 130 technology and Internet companies have been born worth over 1 billlion euros.

Despite the fact that people are starting to talk about the startups “bubble,” with the valuation of these firms becoming excessive, and that hundreds of this type of firm have been founded over the years in Spain, very few of ours have achieved high valuations. So far, the highest valuations in recent times have been for companies like Privalia (fashion outlet), sold to Vente Privé for 500 million euros. Or Ticketbis, sold to Ebay for 165 million dollars. And there have been other startup sales, like that of la Nevera Roja, but the price was not revealed.

This lack of Unicorns is beginning to worry the professionals in this new sector, ranging from venture capital firms to ‘business angels’ and the big Ibex companies (which finance these deals) and those who manage incubators  in every kind of institution.

It doesn’t seem that a lack of money is the problem. Spain has invested billions in these companies over the last few years. It’s true that in the US nearly 222 billion dollars have been invested in the last five years in startups and in Europe some 25 billion. Last year, Spanish startups received nearly 660 million euros of investment, an increase of 83%, just from venture capital firms.

But these funds are not the only ones. Everyone is now financing these projects, from companies like Telefonica, Iberdrola and Repsol to the banks, which are promoting and buying these kind of firms. In 2015, a total of almost 3 billion euros was invested in the sector.

What the problem for these companies is that it’s difficult for them to expand due to the bureacracy in Spain, which is still not very ‘business friendly,’ particularly in some autonomous regions. Another factor is the absence of a technology culture in the large Spanish companies which are generally not very receptive to change. This has led them to reject the services of many of these startups.

The experts also highlight the conservatism of the Spanish business environment, which tend to reject financing proposals for projects which are completely innovative, preferring to imitate the models which have functioned outside Spain and implement them in their home market. Of course this is understandable, given that these projects are very risky: according to one study, 65% of them fail and disappear, 25% of them stay the course and only 10% are successful.

Furthermore, the system for financing startups in Spain is not sufficient. Attention has already been drawn to the scant control many donors or financial backers – particulary companies, banks or public entities, which are hardly even interested in marketing startups – wield over most of the projects, some of which are not very viable or interesting.

But what has really fuelled the fever to create startups has been the emergence of a new kind of professional, those who manage incubators, who are responsible for financing and selecting projects in big companies, banks or universities, mentors and “coaches” who, in their case, are making a killing.

Some more independent experts have already drawn attention to this proliferation of disperse iniatives, saying that we should do the exact opposite; combine efforts – and be more specialised – in order to back those projects which are really worth it, although they require more investment. But the entrepreneurship sector does not seem to have given up, with some of its representatives promising that in two or three years’ time we will start to see Unicorns in our own country.