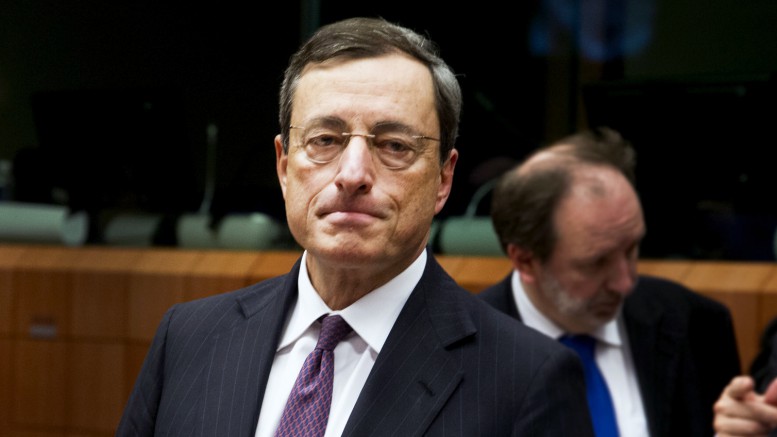 The ECB should enjoy full independence in running monetary policy. Yet, when it comes to quantitative easing, buying bonds stretches well beyond the boundaries of such a policy. It encroaches on the ability to impose discipline on public accounts. It also puts taxpayers’ money at risk should any sovereign become suddenly under-priced. It is by no means a highly unlikely scenario. Greece’s debt crisis may soon lead to an awesome implosion should Syriza have the upper hand in the coming elections next Sunday.

German worries are quite understandable. The ECB cannot embark itself on a sweeping QE paying little regard to such concerns. Thus, striking a deal aimed at avoiding all Euro zone members from footing the bill seems a rather balanced one.

Nonetheless, should a single country fail to honour its commitments, contagion would immediately hit others. Efforts for increasing growth prospects across Europe, through a common monetary push, would also become severely jeopardized. Investors might conclude that the will to keeping afloat the Euro zone doesn’t stand up to its full extent, thus paving the way for further bouts of mistrust and turmoil.

Transferring the losses to beneficiaries weakens the QE contribution for solving the current problems. It also seems hardly compatible with Treaty Law, as it mixes up the measure with budgetary and broad economic concerns. The ECB can no longer claim to implement a monetary policy instrument aimed at defusing deflation EU-wide.

Even weighing these odds, the ECB lacks room of manoeuvre for clashing with Germany. It can hardly implement its policy overrunning the resolute opposition of the biggest economy in Europe. Even so, by striking such a dubious deal, its last resort weapon might get badly bogged down.