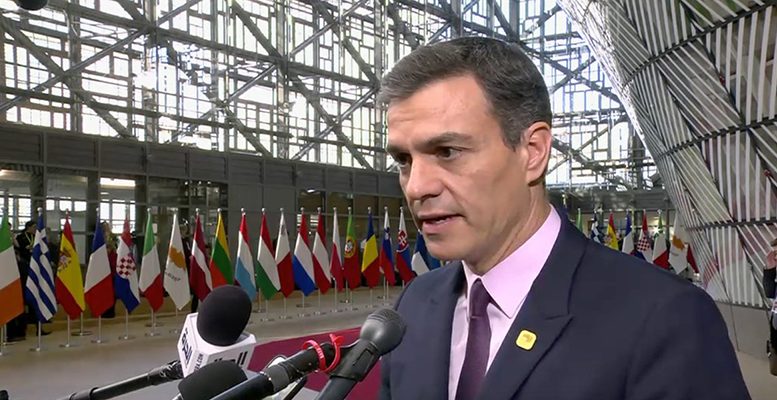 Shaun Riordan | Henry Kissinger famously once asked who he should call if he wanted to call Europe. The confusion is understandable, and getting worse. European leaders are now haggling over who should occupy no less than four European presidencies: those of the European Commission, The European Council, the European Parliament and the European Central Bank. Throw in as well the EU´s High Representative for Foreign Affairs. The most important are the Commission and the Central Bank. So far there is no agreement.

The log-jam over senior positions in the EU will not be easy to break. The European Parliament is more fragmented than ever, with the European Popular Party and the Socialists losing their hegemony. France and Germany are on different sides of the argument, with President Macron demanding an end to EPP domination of the Commission and Chancellor Merkel insisting on the principle of Spitzenkanditaten (the principle that the Commission´s top positions be decided according to the results of the European Parliament elections). It is no coincidence that this principle would elevate the German Christian Democrat Weber to the presidency of the Commission.

But this is about more than personalities. France and Germany are deeply divided about how to ensure the stability (and even survival) of the Eurozone, further construction of the Union and its foreign policy. Merkel´s successor as the leader of the CDU, Annegret Kramp-Karrenbauer (a.k.a. AKK), has already poured cold water on Macron´s proposals for European renewal. Brexit lurks in the background, as does Trump´s threat to impose additional tariffs on European car imports to the US, which could drive the German economy into recession. Draghi´s recent promise to do what is necessary (again) to ensure price stability has already provoked Trump into accusing the EU of currency manipulation.

In theory, Spain´s voice in these debates should have increased. With the UK out of the picture and Italy in the European doghouse, Spain becomes one of the European big four, with France, Germany and Poland. The Eurosceptic posture of Poland´s government should further strengthen Spain´s position. As pretty much the only successful socialist politician in Europe, Spanish Premier Pedro Sánchez´ profile has also risen, reinforced further by his enthusiasm for appearing alongside Macron (even though, theoretically, Ciudadanos leader Rivera is Macron´s ally in the European Parliament). But to wield influence you need objectives. In the past, Spain has cashed in influence for money, as when Felipe Gonzalez was able to convince even Margaret Thatcher to grant Spain cohesion funds. But that is no longer the game.

To wield its influence effectively in the current EU tussles, Spain needs policies and candidates. It is short on both. Specifically, it needs policies on European construction and the Eurozone. It is not good enough just to be in favour of more Europe. Spain needs to articulate its own vision of Europe, and how that Europe will be constructed and relate to the rest of the world. That will inevitably mean siding more with Paris or Berlin, to the inevitable irritation of the other. By neither policies nor candidates for the top EU jobs are likely to be forthcoming as long as Spain is saddled with a provisional government with limited decision-making powers. Judging from the current velocity of government formation, the EU leadership debates may be over before Spain is in a position to participate effectively.