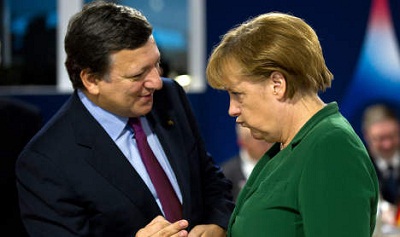 MADRID | Have you noticed that since the Libor fraud has the dubious honour to receive full front page coverage, the euro zone troubles have been dumped into inside pages? No one raises doubts on the fragile agreement reached in the last Summit, thus providing some respite to the badly mauled Southern Europe countries. It would be quite unfair to imply there is some kind of Anglo-Saxon conspiracy against the common currency. But placing the focus on others’ troubles always helps.

The truce won’t last for long. When investors realise the summit only found a short-cut to save the day, avoiding to tackle the root problem of a euro badly in need to be redressed, they will cast a less optimistic view on the trick being achieved. Risk premium rises are already throttling initial enthusiasm on the Spanish emergency cure. A less complacent sentiment is still to come.

In short, the summit simply delivered promises and bombastic assurances. But when later this year the small print will have to be drafted, we might receive some nagging surprises. No one except the Finns is putting bluntly the obvious question on who will foot the bill. Even if losses are trimmed down to a rather comfortable figure, incurring in a such a risk will induce people to become less generous.

If you pump money to ailing banks without any State guarantee, you are prone to lose a sizeable amount of it. So the answer will be to

set up a crisis fund to be financed by the banking system (that means a tax on your savings or more stringent conditions on loans), plus tough resolution measures to transfer he onus on creditors (thus rising the borrowing costs). All in all the real economy will bear the brunt of providing limited safety against individual bank failures (a systemic turmoil requiring to be backed by the budget).

If you buy public bonds to curtail risk premium ballooning out of control, you are bound to pay a prize should supported sovereigns fail to recover. To avoid that from happening a tough monitoring has to be imposed on the beneficiary. But asking for help would fuel mistrust and the closure of capital markets increasing the problems both to the State and the private sector. You might end up bearing the disadvantages linked to any conventional rescue package without getting sizeable support in exchange. In contrast, intervention by the European Central Bank would prove less onerous and more effective.

At the end of the day, investors will put to test the euro’s consistency. Only economic union can shore up the common currency by providing a coherent macroeconomic setting. Divergences have already emerged, Berlin requiring as a pre-requisite condition endorsing budget equilibrium, while Paris tries to enlarge the ECB mandate by including action to support ailing output and jobs. This covert rift threatens to transform end-of-the-year summits in an open battlefield sapping the chances to deliver a credible answer. As we move closer to the next general elections in Germany, any chance to compromise will vanish itself. A new crisis might be in the pipeline.