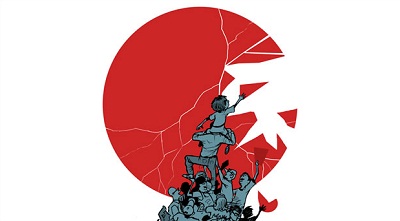 By CaixaBank research team, in Barcelona | The upswing exceeded expectations with a first quarter GDP that grew by 1.0% quarter-on-quarter and 2.6% year-on-year. This momentarily places Japan at the head of advanced economies in terms of growth. However, the forecast for the whole of 2012 hardly reaches 2.5%, as the composition of the national accounts raises doubts regarding the sustainability of the upswing.

Unusually, the growth of the first quarter was based on private consumption, which grew faster than the rest of the components, on the accumulation of stock and public investment which, in the Japanese economy, is particularly fluctuating. However, capital goods investment fell by 3.9% quarter-on-quarter and showed that, the recovery from the tragedy of March 2011 still has a lot of loose ends, to which we should also add Thailand's floods in summer 2011.

Energy deficiencies due to the nuclear stoppage and bottlenecks in production are a spanner in the works for the recovery. This can be seen in industrial production, which in Japan has a greater influence on GDP than in other advanced economies. The industrial production index has regained 82.1% of what was lost in the tsunami and is 2.9% below the level of February 2011, prior to the catastrophe. However, the pace of the recovery has diminished, with March's index being lower than January's level, in line with the deterioration in the investment

The latest demand indicators confirm the strength of consumption. March's retail sales rose by 10.3% year-on-year and vehicle registrations in April continued to recover. However, the need for fiscal stimuli for consumption by the public sector, which is the most in debt of the advanced economies, is leading to doubts regarding whether the upswing will continue. Following these expectations, the consumer confidence index fell in April to 40.0 points, somewhat below the level of February 2011.

There are also doubts regarding the momentary halt in the deflationary dynamic. March's CPI rose by 0.4% year-on-year but without the effects of the higher oil prices in the first quarter of the year while core CPI, the general index without energy or food, stalled, accumulating a drop of 0.4% year-on-year. Fuelling this scepticism, Tokyo's prices fell in April. For its part, the trade balance has seen an uninterrupted deficit since October 2011 to March 2012, an accurate reflection of the difficulties in supply and the costs suffered by export firms, particularly those from the consumer electronics sector.