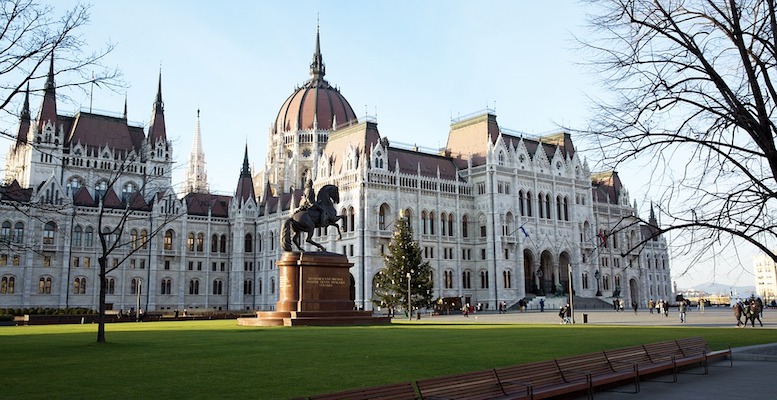 In the wake of COVID-19, banking sector outlooks have already been revised to negative in several countries including Poland, Hungary, the Czech Republic and Croatia

Gary Buswell | As Germany takes over the EU’s rotating presidency, Chancellor Angela Merkel noted that the bloc is facing a triple challenge: the coronavirus pandemic — in retreat but still requiring constant vigilance — the EU’s steepest-ever economic downturn and political demons waiting in the wings, including the specter of populism. With the pandemic somewhat under control, European policymakers’ focus is shifting toward the knock-on effects of months of lockdown.

Economies in Central, Eastern and Southeast Europe (CESEE) are in a particularly precarious situation, as a number of factors, from bad debt to populist legislation, are cramping the ability of the banking sector —which performs a vital role in stabilizing the economy through loans, payment holidays and other forms of financial support to local businesses in times of crisis  — to withstand a potential economic downturn.

Bad Loans on the Rise

A troubling report recently released by the Vienna Initiative (created during the 2008 financial crisis to support emerging Europe’s financial sector) has indicated that CESEE banks are facing a wave of bad loans, or non-performing loans (NPL), caused by the COVID-19 pandemic that could last past 2021. The issue of bad debt is by no means limited to CESEE countries, but the problem is exacerbated by populist political decisions in many nations in the region.

European banking regulators had previously estimated that EU banks had built up adequate buffers to withstand a certain number of bad loans, with “strong capital and liquidity buffers” that should allow them to “withstand the potential credit risk losses.” But many banks in the CESEE region, operating in more volatile economies and with their reserves already whittled away by populist measures, are uniquely vulnerable if hit by too many NPLs.

At the heart of the problem is the fact that an excess of NPLs can drain banks’ capital reserves, making them reliant on support from governments and central banks. If the regulators and politicians don’t then put the necessary measures in place to support banks, the entire economy could be in danger of collapsing.

Lenders in countries including Hungary, Czech Republic, Croatia, Slovakia and Bulgaria have sought reassurance from national authorities in recent months that they will receive the necessary protections should restrictive COVID-19 measures last much longer, particularly if the continent is hit by a second wave of the virus before a vaccine or an effective treatment is found. At present, it is unclear whether governments across Europe will be willing to continue with the same level of support packages to businesses and employees.

It’s not just a matter of renewing special coronavirus provisions. In return for providing additional financial support to businesses, lenders understandably expect reciprocal measures from governments and central banks. These include favorable tax measures, or the relaxation of excessive levies, so that banks are able to maintain their reserve levels, a lowering of countercyclical capital buffers and a guarantee of emergency financial support from central banks if necessary.

In the wake of COVID-19, banking sector outlooks have already been revised to negative in several countries including Poland, Hungary, the Czech Republic and Croatia. These problems are in danger of being intensified by populist political decisions in many CESEE countries, where governments have a tendency to see punitive measures on banks as an easy way of shoring up popular support.

In particular, many CESEE countries’ financial sectors are still suffering from 2015 decisions to convert loans taken out in Swiss francs into loans denominated in the euro or the local currency. The conversions came in response to a sudden surge in value of the Swiss franc, which had previously allowed lenders to offer low-interest loans. The forced conversions benefited borrowers but left the country’s banks to pick up the tab, making it difficult for them to build up capital buffers.

While some countries which carried out the forced loan conversions, like Hungary, at least provided lenders with euros from the central bank to ease the blow, others, such as Croatia, left banks to shoulder the full loss. Croatia’s loans conversion, pushed through quickly ahead of the 2015 parliamentary elections, was applied retroactively, foisting a bill of roughly €1 billion on the country’s banks, many of which are subsidiaries of financial institutions from elsewhere in the EU. A pending court ruling on whether or not Croatian borrowers who had taken out Swiss franc loans could apply for further compensation could impose another €2.6 billion in losses on the banks at the worst possible time.

Nor is the controversial loans conversion the only policy sapping CESEE banks’ capital reserves. As part of its coronavirus recovery plan, the Hungarian government announced a special tax on both banks and multinational retailers back in April. The additional banking tax was worth HUF 55 billion ($176 million). Prime Minister Viktor Orban had already announced the toughest COVID-19 measures of any central or eastern European country, including a suspension of all loan payments until the end of the year. The move ignored a call from Hungary’s OTP Bank for a reduction in taxes to help banks deal with the pandemic’s fallout.

A number of other countries in the region, including the Czech Republic and Romania — though Romania later eliminated the levy — have raised banking taxes in recent years, making it harder for the financial sectors in these emerging economies to respond to the crisis and has left it in a more precarious position should the effects of COVID-19 continue into 2021.

The CESEE region’s financial sector suffered greatly in the wake of the 2008-09 global financial crisis, and much work has been done in the intervening years to shield the sector from future downturns. The Vienna Initiative report, however, makes it clear that the region’s banks still face headwinds due to the COVID-19 crisis. Hopefully, policymakers across CESEE will take heed of the report’s findings and realize that trying to scapegoat banks in these uncertain times will only make them more vulnerable, leaving them ill-equipped to deal with the onslaught of loan defaults expected over the next 12 months.