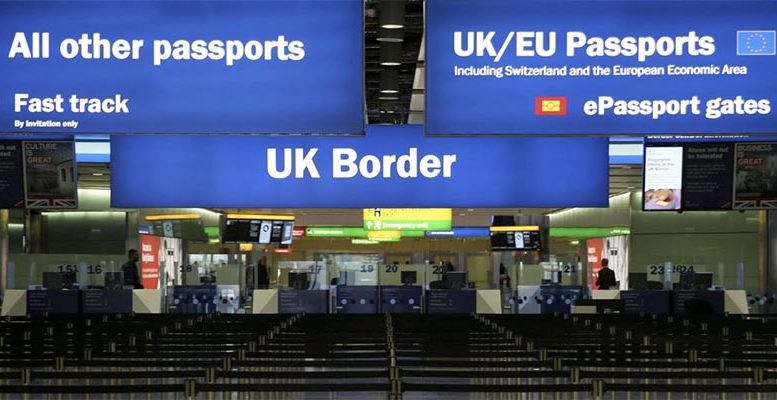 In the absence of some sort of partnership agreement between the EU and the UK, relations could spiral out of control

Posted By: The Corner 2nd September 2020

John Bruton | It is increasingly likely that, unless things change, on January 1, 2021, we will have a no-deal Brexit. That would mean the only deal between the European Union and the United Kingdom would be the already ratified EU withdrawal agreement of 2019.

There are only around 50 working days left in which to make a broader agreement for a post-Brexit trade deal between the UK and the EU. The consequences of failing to do so for Ireland will be as profound — and perhaps even as long-lasting — as those caused by the COVID-19 pandemic.

A failure to reach a UK-EU agreement would mean a deep rift between the UK and Ireland. It would also mean heightened tensions within Northern Ireland, disruptions to century-old business relations and a succession of high-profile court cases between the EU and the UK dragging on for years.

Issues on which a deal could have easily been reached in amicable give-and-take negotiations will be used as hostages or leverage on other matters. The economic and political damage would be incalculable. And we must do everything we can to avoid this.

Changing the EU trade commissioner, Phil Hogan, under such circumstances would be dangerous. Trying to change horses in midstream is always difficult. But attempting to do so at the height of a flood — in high winds — would be even more so.

The EU would lose an exceptionally competent trade commissioner when he was never more needed. An Irishman would no longer hold the trade portfolio. The independence of the European Commission, a vital ingredient in the EU’s success, would have been compromised — a huge loss for all smaller EU states.

According to the EU’s chief negotiator, Michel Barnier, talks between the European Union and the UK, which ended last week, seemed at times to be going “backwards rather than forwards.” The impasse has been reached for three reasons.

The Meaning of sovereignty

First, the two sides have set themselves incompatible objectives. The European Union wants a wide-ranging “economic partnership” between the UK and the EU, with a “level playing field” for “open and fair” competition. The UK agreed to this objective in the joint political declaration made with the EU at the time of the withdrawal agreement, which was reached in October 2019.

Since then, the UK has held a general election with the ruling Conservative Party winning an overall majority in Parliament, and it has changed its mind. It is now insisting, in the uncompromising words of it chief negotiator, David Frost, on “sovereign control of our own laws, borders, and waters.”

This formula fails to take account of the fact that any agreement the UK might make with the EU (or with anyone else) on standards for goods, services or food items necessarily involves a diminution of sovereign control. Even being in the World Trade Organization (WTO) involves accepting its rulings, which are a diminution of “sovereign control.” This is why US President Donald Trump does not like the WTO and is trying to undermine it.

The 2019 withdrawal agreement from the EU also involves a diminution of sovereign control by Westminster over the laws that will apply in Northern Ireland and thus within the UK. That agreement obliges the UK to apply EU laws on tariffs and standards to goods entering Northern Ireland from Britain — i.e., going from one part of the UK to another.

This obligation is one of the reasons given by a group of UK parliamentarians — including Iain Duncan Smith, David Trimble, Bill Cash, Owen Paterson and Sammy Wilson — for wanting the UK to pull out from the withdrawal agreement, even though most of them voted for it last year.

Sovereignty is a metaphysical concept, not a practical policy. Attempting to apply it literally would make structured and predictable international cooperation between states impossible. That is not understood by many in the Conservative Party.

The Method of negotiation

Second, the negotiating method has proved challenging. The legal and political timetables do not gel. The UK wants to discuss the legal texts of a possible free trade agreement first and leave the controversial issues — like competition and fisheries — until the endgame in October. But the EU wants serious engagement to start on these sticking points straight away.

Any resolution of these matters will require complex legal drafting, which cannot be left to the last minute. After all, these texts will have to be approved by the European and British Parliaments before the end of 2020. There can be no ambiguities or late-night sloppy drafting.

The problem is that the UK negotiator cannot yet get instructions on the compromises he can make from Boris Johnson, the British prime minister. Johnson is instead preoccupied with combating the spread of the COVID-19 disease, as well as keeping the likes of Duncan Smith and Co. onside. The prime minister is a last-minute type of guy.

Trade relations with other blocs

Third, there is the matter of making provisions for the trade agreements the UK wants to make in the future with other countries, such as the US, Japan and New Zealand. Freedom to make such deals was presented to UK voters as one of the benefits of Brexit.

The underlying problem here is that the UK government has yet to make up its mind on whether it will continue with the European Union’s strict precautionary policy on food safety or adopt the more permissive approach favored by the US. Similar policy choices will have to be made by the UK on chemicals, energy efficiency displays and geographical indicators.

The more the UK diverges from existing EU standards on these issues, the more intrusive the controls on goods coming into Northern Ireland from Britain will have to be, and the more acute the distress will be for Unionist circles in Northern Ireland. Issues that are uncontroversial in themselves will assume vast symbolic significance and threaten peace on the island of Ireland

The UK is likely to be forced to make side deals with the US on issues like hormone-treated beef, genetically modified organisms and chlorinated chicken. The US questions the scientific basis for the existing EU restrictions and has won a WTO case on beef over this. It would probably win on chlorinated chicken, too.

All this shows that, in the absence of some sort of partnership agreement between the EU and the UK, relations could spiral out of control. Ireland, as well as the European Union, needs its best team on the pitch to ensure that this does not happen.