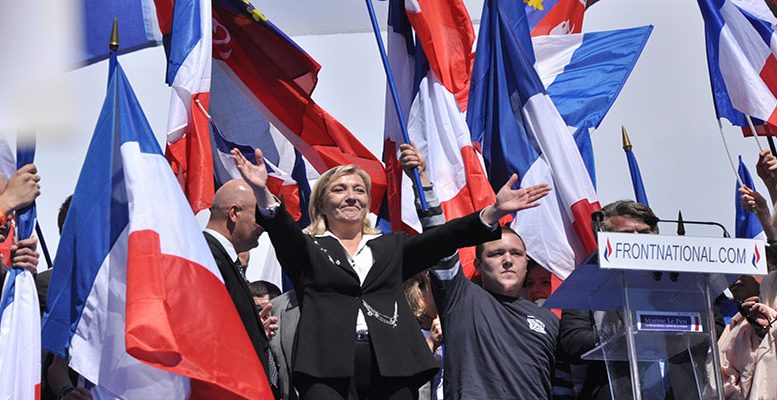 Marine Le Pen is likely to win the most votes in the first round, but she can only count on approximately seven million loyal voters out of possibly more than 46 million in the second round. As also reported by Julius Baer’s analysts, Macron win in the decisive second round would be a great breather and could trigger a relief rally, but a defensive market stance and higher volatility before that are likely.

Last weekend, Marine Le Pen, the right-wing Front National leader, launched the hot phase of her campaign for France’s presidency. Le Pen has so far been the most outspoken among the French presidential candidates, standing for an exit from the European Union and the North Atlantic Treaty Organisation (NATO), for protectionism and anti-immigration, and for a social agenda that favours the working class and the poor but also bolsters the number and salaries of civil servants and lowers the retirement age back to 60. However, Le Pen is part of the French political establishment and therefore cannot copy Donald Trump. Numerically, she is set to get most votes for a candidate in the first round on 23 April. However, in the decisive second round of two on 7 May she can, so far, only count on approximately seven million loyal voters out of a total of more than 46 million.

In the first round, Le Pen is followed by Emmanuel Macron, the independent and scan-dal-free former economic advisor to the outgoing Socialist President Hollande. Macron has lately inherited the best cards, surging in approval rates against the previous favourite, François Fillon from the right-of-centre Republicains, who suffered badly from the scandal of publically well-paid fake jobs for his family. The other mentionable contenders, the Socialist Hamon and the Communist Mélenchon, will hardly survive the first round of voting, as the French are fed up with radical left-wing policies. Over-all, if Macron continues to rally the moderate left and part of the right behind him, as he appears to do lately, he will have a fair chance of coming second in the first round. He could then seriously challenge Le Pen in the second round and win, given his drive to court French voters, 70% of whom are EU-friendly.

Such an outcome would be a great breather and trigger a market relief rally. However, expect a defensive market stance and greater volatility before these two election rounds, as was the case before Brexit and the US presidential elections.