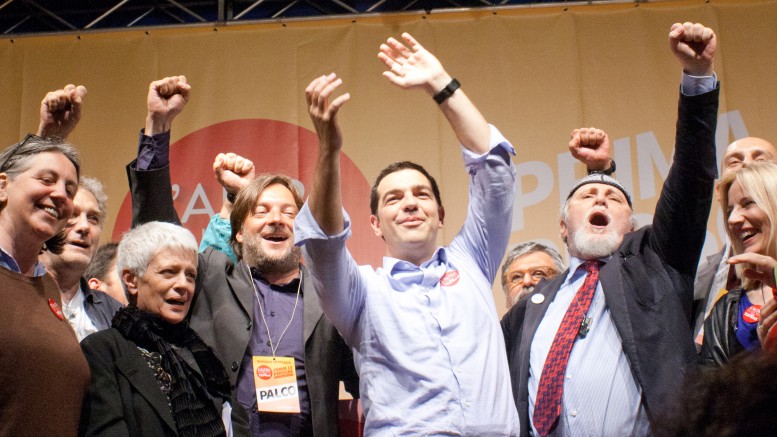 The coalition formed following the June 2012 elections comprised of three parties (New Democracy, PASOK and Democratic Left) that had campaigned on the promise of renegotiating the memorandum – the bailout agreement the previous PASOK administration had signed and which Samaras had railed against for two years. Within weeks, if not days, of coming to power, any thoughts that the new government in Athens would be able to reach an alternative settlement with the troika proved to be pretence.

Not for the first time in his political career, Samaras made a sharp turn and abandoned the idea of renegotiation for the promise of debt relief. The philosophy underpinning his government’s action for almost the next two years was that Greece should meet, and if possible exceed, its fiscal targets in order to secure a reduction of its debt as had been proposed at a Eurogroup meeting in November 2012.

This was a strategy fully supported by Finance Minister Yannis Stournaras, who faithfully executed the plan. At the end of 2013, Greece achieved a stunning fiscal turnaround by producing a primary surplus only four years after its deficit exceeded 15 percent of GDP.

This was accompanied by the first Greek credit account surplus on record. Both were notable achievements for Greece, Samaras and Stournaras.

The eurozone, however, appeared reluctant to move on its pledge to consider “certain debt reduction measures” even though a Greek primary surplus had been achieved a year ahead of schedule. Athens was told to wait until April, when the European Commission’s statistics agency, Eurostat, would rubber stamp the figures. After all, Europe’s fingers had been burnt before by unreliable Greek statistics.

However, even when Eurostat confirmed that Greece had produced a primary surplus, nobody from the eurozone rushed forward to present Samaras with the prize he had been expecting. Instead, the discussion was postponed until after the European Parliament elections in May. This renewed pledge formed the basis of the New Democracy and PASOK campaigns. They called on Greeks to continue backing them so they could secure debt relief and build on the previous year’s positive fiscal data. Voters, however, were not willing to wait any longer. SYRIZA won the EU elections, taking 26.5 percent of the vote to New Democracy’s 22.7.

If we are looking for the moment when things really started to unravel for Samaras and his government, this is it. The strategy he had closely followed for almost two years (fiscal discipline in return for debt relief) had proved ineffective. His government was reaping all the dissatisfaction that came with implementing austerity on a recession-ridden electorate but none of the fruits of meeting the troika’s targets.

The May 25 outcome, which was accompanied by a poor set of local elections results, appeared to cause panic within the coalition. PASOK, which gained just 8 percent as part of the centre-left Olive Tree alliance, felt it was fading fast from Greece’s political scene and began being more reticent about agreeing to the measures demanded by the troika. Cool heads did not prevail in New Democracy either. Samaras saw his party losing votes to the right (including to Golden Dawn, which polled at 9.4 percent) and decided that a change in direction was needed.

Out went Stournaras and technocrat Haris Theocharis, the general secretary for revenues, and in came stalwarts of the so-called “popular right”. As a response to his party’s fading ratings, Samaras lined his cabinet with right-wing populists with no penchant for reforms or anything other than picking a fight with SYRIZA. The removal of Stournaras and Theocharis deeply damaged Samaras’s relationship with the troika, who started to become more sceptical about whether there was a genuine commitment in Athens to see out the programme. Also, the summoning of shouty men and women from New Democracy’s dungeon to bolster the frontlines in the battle with SYRIZA drove away a substantial part of the electorate that had helped Samaras get elected in 2012.

The moderate Greeks who backed either PASOK or New Democracy in those elections due to fears about SYRIZA’s rashness and in the belief that Samaras represented the last chance for structural reforms found that they could no longer tolerate his administration. Opinion polls showed that Samaras’s tactical moves after the EU vote did not have the desired effect. There was no reshuffle bounce for New Democracy and, instead, SYRIZA built on its lead.

Having lost debt relief, the European Parliament elections and domestic support, Samaras needed a new narrative, especially with the presidential elections looming in February and SYRIZA threatening to force snap national polls. This is what led the prime minister to travel to Berlin in late September and to announce, after his meeting with Chancellor Angela Merkel, that Greece could exit its bailout early, at the end of 2014, almost 18 months ahead of schedule.

The markets, whose opinion Samaras had put stock in several months earlier, immediately voiced their scepticism about the potential of a clean and early bailout exit for Greece. As bond yields headed north of nine percent, a new plan was cobbled together. Greece would exit with a precautionary credit line created by the financial buffer remaining at the bank recapitalisation fund, the Hellenic Financial Stability Facility (HFSF). It soon became evident that Samaras would achieve none of the main targets he had identified while standing alongside Merkel in September: A failure to conclude the troika’s review of the Greek programme meant there could be no exit at the end of the year, the provision of an enhanced conditions credit line (ECCL) meant that Greece would continue to be bound by conditionality and, at the insistence of some eurozone members, the International Monetary Fund would retain a role rather than bringing a successful end to its cooperation with Greece, as Samaras had suggested in Berlin.

After this triple miss, the government’s determination to seal the deal dissipated. The troika’s demands became too onerous to adopt ahead of the presidential vote and SYRIZA’s incessant pressure for snap polls. Faced with this stalemate, Samaras chose one last evasive manoeuvre and brought the election forward. Although all is not lost, momentum is on his side. If Samaras is defeated and he sits down to wonder where it all went wrong, he will not have to look far.

Be the first to comment on "Greece: Where did it all go wrong?"