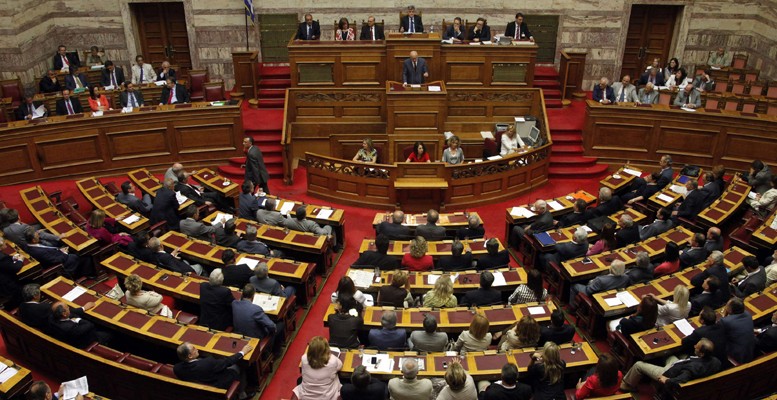 The list includes all of the seven parties elected to parliament in the first general of the year January as well as some of the familiar “also ran” political groups of the left, right and centre that have persistency failed to clear the 3 percent parliamentary threshold in other elections.

The Supreme Court normally approves most applications to contest elections, but in the past has rejected some obscure parties on the grounds of their name (such as New Fascism in 2007, Tyrannicides in May 2012) or because, in the case of National Hope (Ethniki Elpida) in 2012 and 2015, its monarchist ideology is in conflict with the constitution.

As previous results show, the “also ran” parties are neither small in number, nor are the percentages they receive anything to be scoffed at.

In the January elections earlier this year, which were contested by 23 parties, the 15 parties and independent candidates who failed to make it into parliament garnered 532,549 votes (8.61 percent).

Their most successful election was in May 2012, when a record 25 “also rans” won a staggering 1.2 million votes, or some 19 percent of the total. Taken together, that made them more successful than poll-topping New Democracy, which took 1.19 million votes (18.85 percent).

On 20 September, one of the best-known perennial parties, the Union of Centrists, may finally be on a winning streak, in this its 10th general election (it also tried five times to enter the European Parliament). Opinion polls put the party at around 4 percent, which would give it in the region of ten MPs.

The party, set up in 1992, is still led by its founder Vassilis Leventis, who became a household name in the early 1990s, when private television stations mushroomed as the state’s broadcasting monopoly fell apart. He built up a cult following among nocturnal TV viewers for his political talk show on his own channel, where he railed against the alleged diaploki, meaning the “entanglement” or corruption, of the Greek establishment.

Many watched to laugh at the call-in pranksters, a serial problem that bedevilled his show, or for the host’s frequent outbursts. In notorious footage from 1993, also archived on YouTube, a younger Leventis can be seen wishing cancer on the then two most prominent politicians of the day and disparaging voters who supported them as “animals”.

In a recent interview in The Irish Times with this writer, he said he would not be joining any government if elected. Rather, he plans to present the new government, which he believes will be a four-way coalition between Syriza, New Democracy, Potami and Pasok, with his nine-point reform programme. If it agrees to implement the reforms, which include measures like cutting pensions above €2,000 by 20 percent and halving the salaries of MPs, clerics and other state officials, then he’ll support the government.

“If I participate in a government now, I’ll be part of the problem. But if I stay out, I’ll be better able to press for solutions to the country’s problems,” he said, predicting that he could get up to 10 percent in the election.

If Leventis is successful, the share of “also rans” is not expected to fall, as the polls also suggest that Panos Kammenos’ Independent Greeks could find themselves out of Parliament. On the other hand, Democratic Left will be lifted out of the doldrums if its running mate, Pasok, manages to scrape in.

In a normal election, which this contest is not, the aggregate of the “also rans” is always important because if the percentage gained by these small parties totals 5 percent, for example, the winning party would need 38.4 percent to take 151 seats. If the total support for parties not entering Parliament reaches 10 percent, the threshold for the victorious party falls to 36.4.

As neither of the two main parties, Syriza or New Democracy, is likely to receive anything near those figures, the political importance of the minor parties is much less significant this time round.

List of parties and coalitions that have applied to contest the election (in alphabetical order, with outgoing parties in bold)

* Independent Innovative Left, Renewed Right, Renewed PASOK, Renewed New Democracy, No to War, Party of Business ‘I Give Away Land, I Give Away Debts, I Save Lives,’ Panagriarian Workers Movement of Greece (PAEKE) (Miltiadis Tzalazidis)