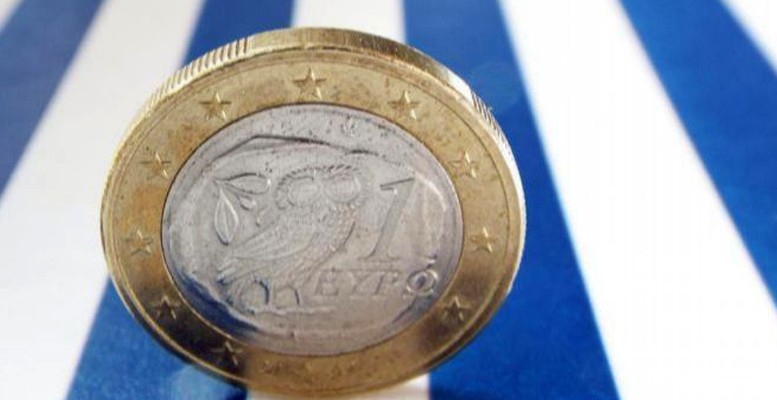 The word “trust” has been mentioned time and again in reports on the tortuous negotiations on Greece. One reason is the persistent deceit in reporting on debt and deficit statistics, including lying about an off market swap with Goldman Sachs: not a one-off deceit but a political interference through concerted action among several public institutions for more then ten years. As late as in the July 12 Euro Summit statement “safeguarding of the full legal independence of ELSTAT” was stated as a required measure. Worryingly, Andreas Georgiou president of ELSTAT from 2010, the man who set the statistics straight, and some of his staff, have been hounded by political forces, also Syriza. Further, a Greek parliamentary investigation aims at showing that foreigners are to blame for the odious debt, which should not be paid while there is no effort to clarify a decade of falsifying statistics. – In Iceland there were also voices blaming its collapse on foreigners but the report of the Special Investigation Committee silenced these voices. – As long as powerful parts of the Greek political class are unwilling to admit to past failures it might prove difficult to solve its results: the excessive debt and deficit.

“This is all the fault of foreigners!” In Iceland, this was a common first reaction among some politicians and political forces following the collapse of the three largest Icelandic banks in October 2008. Allegedly, foreign powers were jealous or even scared of the success of the Icelandic banks abroad or aimed at taking over Icelandic energy sources. In April 2010 the publication of a report by the Special Investigation Committee, SIC, effectively silenced these voices. It documented that the causes were domestic: failed policies, lax financial supervision, fawning faith in the fast-growing banking system and thoroughly reckless, and at times criminal, banking.

As the crisis struck, Iceland’s public debt was about 30% of GDP and budget surplus. Though reluctant to seek assistance from the International Monetary Fund, IMF, the Icelandic government did so in the weeks following the collapse. An IMF crisis loan of $2.1bn eased the adjustment from boom to bust. Already by the summer of 2011 Iceland was back to growth and by August 2011 it completed the IMF programme, executed by a left government in power from early 2009 until spring 2013. Good implementation and Iceland’s ownership of the programme explains the success. For Ireland it was the same: it entered the crisis with strong public finances and ended a harsh Troika programme late 2013; its growth in 2014 was 4.8%.

For Greece it was a different story: high budget deficit and high public debt were chronic. From 1995 to 2014 it had an average budget deficit of -7%. Already in 1996, government debt was above 100% of GDP, hovering there until the debt started climbing worryingly in the period 2008 to 2009 – far from the prescribed Maastricht euro criteria of budget deficit not exceeding 3% and public debt no higher than 60% of GDP. Both Greek figures had however one striking exception: they dived miraculously low, below their less glorious averages in time for joining the euro. Yet, only the deficit number ever went below the required Maastricht criteria, which enabled Greece to join the euro in 2001.

Greece had an extra problem not found in Iceland, Ireland or any other crisis-hit EEA countries: in addition to dismal public finances for decades there is the even more horrifying saga of deliberate hiding and falsifying economic realities by misreporting Excessive Deficit Procedure, EDP and hide debt and deficit with off market swaps.*

This is not a saga of just fiddling the figures once to get into the euro but a deceit stretching over more than ten years involving not only the Greek statistical authorities but the Greek Ministry of Finance, MoF, the Greek Accounting Office, GAO and other important institutions involved in the compilation of EDP deficit and debt statistics – in short, the whole political power base of Greece’s public economy.

Already in 2002 Eurostat discovered that the debt and deficit dip around the euro entry was no miracle but manipulation: Greek authorities simply reported wrong numbers. In 2004, Eurostat’s Report on the revision of the Greek government deficit and debt figures showed that this had been on-going between 1997 to 2003. Consequently, the Greek statistical authorities, the then National Statistical Service of Greece, NSSG (from which ELSTAT was created in mid-2010) were forced to revise its data for the years 2000 to 2003 upward, above the criteria set for Greece’s entry in the Eurozone. These issues were unique to Greece: “Revisions in statistics, and in particular in government deficit data, are not unusual… However, the recent revision of the Greek budgetary data is exceptional.”

The Eurostat 2004 report was followed by intense and unprecedented scrutiny with Eurostat using all its power to control and make sure the Greek stats were correct. Yet, NSSG did not learn its lessons, or rather, the political interference was relentless.

In autumn 2009 the ECOFIN Council requested a new report, this time from the EU Commission, EC, due to “renewed problems in the Greek fiscal statistics” after the “reliability of Greek government deficit and debt statistics (has) been the subject of continuous and unique attention for several years.”

The EC report on Greek Government Deficit and Debt Statistics, published in January 2010 showed that Greek numbers on debt and deficit were still wrong: deficit forecasts changed drastically from the March to the September reporting more than once and once the real statistics were available the numbers were still higher. Again, such a revision was rare in EU member states “but have taken place for Greece on several occasions.”

As earlier, the reason for the faulty data was methodological shortcomings, not only at the NSSG but also at the GAO and the MoF responsible for providing data to NSSG and, even more grave, political interference and “deliberate misreporting,” where the NSSG, GAO, MoF and other institutions involved in the reporting, all played their part.

The Goldman Sachs, GS, off market swap story was one chapter in the faulty data saga. In 2008, when Eurostat made enquiries in all member states on off market swaps, Greek authorities informed Eurostat promptly that the Greek state had engaged in nothing of the sort. This 2008 statement turned out to be a blatant lie when Eurostat investigated the matter, as shown in a Eurostat report in November 2010. The swap story is a parallel to the Greek data deceit in the sense that it was not a single event but a deceit running for years, involving several Greek authorities.

Needless to say, fiddling the numbers did not eradicate the debt and deficit problem. The EC report was published as Greece was losing access to markets. Negotiations on a bailout were complicated by unreliable information on Greek public finances. On May 2, 2010, as the first Greek Memorandum of Understanding was signed, with a €110bn loan – €80bn from European institutions and €30bn from the IMF – it was clear that the crucial figures of debt and deficit might still go up.

Following these major failures at the NSSG its head had resigned in 2009. At the GAO and the MoF ministers, vice ministers and general secretaries changed with the new Papandreou government but the ranks below remained unchanged, as did the mentality. With changes in the statistics law in summer 2010 ELSTAT replaced NSSG. A new board was put in place and also a new head: Andreas Georgiou, earlier at the IMF, returned home to take over at ELSTAT. This ended the battle to produce correct statistics: since August 2010, neither Eurostat nor other European authorities have questioned Greek national statistics.

It was however the beginning of an on-going horror story for Georgiou and some of his staff who have been hounded since ELSTAT began reporting correct statistics in accordance with European standards: three times, competent judiciary officials have recommended to have the criminal case launched against them put to file, i.e. to drop the case. Only recently, a council of appeals court judges have let go of charges against the three for having caused the state a loss of €171bn, which would have meant a prison sentence for life. However, charges against Georgiou for violation of duty are still being upheld; should he be found guilty he will not be able to hold a public post again.

There are now two committees, set up by the Greek parliament, investigating the past. One is the Parliamentary Truth about the Debt Committee. Set up in April 2015, with members chosen by the Syriza president of the Greek parliament Zoe Konstantopoulou, it concluded in its preliminary report, presented June 17, that Greece neither can nor should pay its debt to the Troika because that debt is “is illegal, illegitimate, and odious.” The other, a Parliamentary Investigative Committee made up of members of parliament and normally referred to as the Investigative Committee about the Memoranda, is scrutinising how Greece got into the two Memoranda of Understanding with international partners, in 2010 and 2012, in the context of adjustment programs. – Both committees have repeated the claims against Georgiou and the two ELSTAT managers.

The first Greek crisis did not attract much attention although it was indirectly a crisis of deficit and debt – it was a crisis caused by faulty statistics, unearthed by Eurostat already in 2002. After going through the deficit and debt figures reported by Greece the 2004 Eurostat’s Report on the revision of the Greek government deficit and debt figures rejected figures put forward by the NSSG in March 2004. After revision the numbers for the previous years looked drastically different – the budget deficit, which should have been within 3%, moved shockingly: