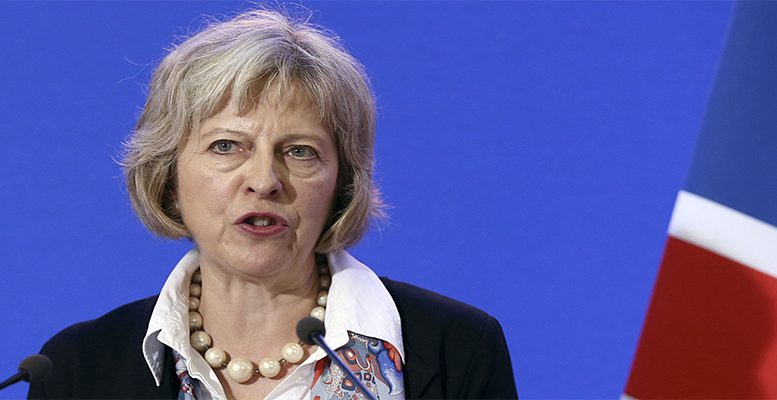 Up to now, PM Teresa May has skilfully avoided disclosing her plans for a crash-landing Brexit. The issue itself has lost its former interest, as Donald Trump’s daily delivery of wrong doings and abuses is grabbing all the attention. Both supporters and critics alike get their fare share of his chilling threats and lofty promises, which exceed all expectations. Having to digest such a glut of flaws, misbehaviour and blatant lies prevents people from focusing on other news. Ms May can also count on France and Germany’s heads being turned by their own upcoming elections.

But by end March, the UK will trigger the nuclear button splitting it from the European Union. A landmark decision which will determine both parties’ future, irrespective of the side of the English Channel they find themselves on. Both will bear the brunt of this civil and amicable divorce, facing a lose-lose outcome. Let no one feel any joy or have false hopes about the prospect of reaping potential benefits. We will all have to deal with the sub-optimal upshot. The UK will undoubtedly pay a high price for closing its frontiers to European migrants. But we will also foot the bill for a close trading partner getting stranded in the brave new world of building up a fresh set of economic relationships.

Ms May can hardly deliver any concrete ideas by March, other than the UK’s intention to leave the club. While she will try to downplay the breaching of fundamental principles of the Treaty, such as the freedom of citizens to choose their country of residence, retaliation will inevitably ensue. As the ball bounces back into the European camp, there is little hope of her escaping the damage inflicted. For all the attempts to divide the European team, tempting individual players to engage in bilateral agreements, the unanimity rule will preclude such a piecemeal approach. By the end of the day, the UK will find out what it’s like to be completely on its own. It might salvage from the wreckage a preferential arrangement for trade in goods, with services likely to pay the consequences. Brokering a complete stand-still agreement seems out of reach. Besides, it would require Great Britain to accept Community Law on a mandatory basis, with no say in its drafting. A very heavy price to pay in exchange for raising barriers to Europeans wanting to live in the UK.

Britons chose by a narrow margin to sever links with the Continent, blaming specialised workers and professionals, which their country badly needs, for inevitable job losses. As it cannot replicate the self-sufficient Wonderland which Mr Trump aims to transform the US economy into, the UK will painfully struggle to minimise losses. Its European partners would be well advised not to inflict further damage. They have much to lose in cutting all links, just because their counterpart is ready to commit collective suicide. As usual, the solution should come from the hated Brussels bureaucracy. Only it can turn a massive disaster into a mutually acceptable conclusion. Let them do their job in the shadows, no matter how big an outrage this way of conducting the contentious issues might provoke in the Murdoch press.