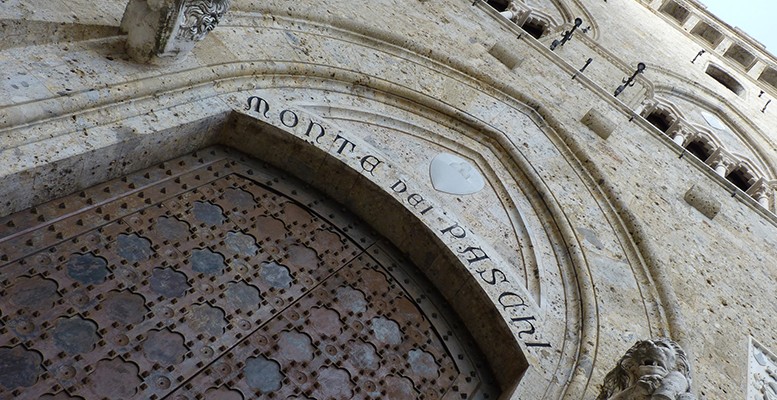 Aristóbulo de Juan | This is the huge cost of complacency. You frequently hear Spanish bankers and supervisors repeating a new mantra: “The European banks are worse than ours and their supervision is more lax.” Europe’s oldest bank reveals an NPL ratio of 39%, while Deutsche Bank announces losses of 6.9 billion euros…but can this sort of management be allowed?

The corollary of Spanish bankers and supervisors that follows that comment is: “We need to stop putting pressure on our banks. And save time. Amongst other things because we can always have recourse to mergers, while the ECB’s monetary policy is going to continue for many years, allowing for a recovery. In any event, if there are problems, we are protected by the European Banking Union with its two important mechanisms: the SSM (Single Supervisory Mechanism) and the SRM (Single Resolution Mechanism).”

It’s very likely that the quality of our banking system and our supervision is better than certain other European countries. And not only for technical reasons, but also for political ones. Let’s look, for example, at the banking systems in countries like Italy, France and Germany. Their powerful governments, perhaps concerned about not being transparent or dealing with a harsh reality – for various reasons, amongst them fiscal – could play an important part in their supervision and restructuring mechanisms.

It’s not hard for me to imagine that the criteria for acknowledging toxic assets and their coverage is lax in some of these countries. Amongst other things because these assets are automatically considered healthy if they are refinanced. In many cases, they are still considered as uncollectable income, including those refinanced by the actual lender.

I also believe in the existence – real or manipulated – of balance sheets which have a very low ratio of Risk Weighted Assets (RWA). This allows the banks in question to apply lower capital requirements.

I will provide illustrative examples of the situation in some countries. Firstly, Portugal. In 2014, Banco Espirito Santo went spectacularly bust.

A first diagnosis pointed to losses of 4.9 billion euros. Okay, so the Portuguese authorities decide to deal with the issue by covering the losses with a Treasury loan, transferring Banco Espirito Santo’s supposedly healthy assets to a new shell company or “bridge bank” called Novo Banco. Initially a clear case of a “bail out” or state support, in contrast with the mandatory coverage by investors.

Having said that, to avoid punishing the taxpayer, the authorities oblige the bank to guarantee these possible losses. A questionable measure, when a large part of the Portuguese banks are already vulnerable. Later on, after a failed attempt to sell the bank, strangely enough an additional black hole of 2 billion euros is discovered. So the losses identified now amount to the huge figure of 6.9 billion euros. At that point, the Portuguese authorities decide that institutional investors who hold senior bonds will shoulder this new loss. An alarming precedent.

Let’s now look at Italy. The eurozone banks’ asset review carried out by the EBA in 2014, which was praised as being rigorous, detected problems in almost half a dozen Italian banks. I don’t know if they immediately implemented corrective measures aimed either at restructuring capital or management. What I do know is that it was only at the end of 2014, more than a year later, when the seriousness of the situation was disclosed. That’s when the figures came out, amongst them those of Europe’s oldest bank Monte dei Paschi, founded centuries ago and Italy’s second most important lender.

The “declared” figures – and not necessarily the real ones – are made public: an NPL ratio of 39.9%. Obviously the bank is insolvent and illiquid. Suprise, surprise! Other banks follow suit, although with less dramatic levels of bad loans. At that point, the Italian authorities adopt a formula to “resolve” the situation, baptising it with the now well-known name of “bad bank” – not sure why. What was this? It’s a vehicle which offers banks with problems the possibility of segregating their high risk securities of varying quality. Any possible losses are guaranteed by the Treasury in order to facilitate the sale of the assets on the market. A clear case of a “bail-out,” or State support, boldly contradicting the new basic, although debatable, principle of a “bail-in,” namely making a bank’s creditors bear the burden of its rescuing it.

We also have the case of Germany’s Deutsche Bank, “the cathedral” of the German as well as the European banking system. Suddenly 6.9 billion euros of losses appear in one year, 2015. The figure includes the heavy fines imposed on the bank for some remarkable breaches.

But will this be the definitive losses figure? These three examples beg important questions, which will probably have unsatisfactory answers. Did the national Supervisors detect the problem? And the European Supervisors? And most importantly, did they identify the problem when there was still time to avoid the drama? Because needless to say, situations like those described are rampant and don’t suddenly happen. But how was the bad management allowed to reach such an extreme? Are there similar situations as yet undisclosed in these banks or in other lenders? How had the supervisory mechanisms worked, which now have new instruments like models and “stress tests”?

What are these banks’ capital situation and ordinary results like now? Have the solutions adopted to deal with these situations been approved by the European institutions? If the answer is yes, how can they have been approved when the Treasury, or better said the taxpayer, paid for the solution, contrary to the new European “bail-in” principle? Were the ailing banks required to make adjustments? Were they asked for a “Recovery Plan” or a “Plan To Find A Solution,” now mandatory in Europe? Is the way the European authorities dealt with these countries not more tolerant than with others? The answers to all these questions will very probably tell us the banks’ bad management and lack of transparency. And the very limited effectiveness of the new post-crisis regulation and the new European mechanisms. In fact, as the mantra says, the situation of certain European banking and supervisory systems seems worse than Spain’s.

But let’s make a very clean break at this point. Can this panorama justify Spain’s self-complacency,  shown in its relaxed attitude towards pending adjustments, or in its tolerant supervision system, aimed at saving time or, as some say, “keeping in well with the ECB”? In no way. Because it would be a case of “the sorrow of many…” That would be a short-sighted policy:  in the short-term, but with a heavy cost in the long-term. Partly because when things don’t improve quickly, they just get worse. And no matter what the situation is like in other countries, what should matter is that our banking system is strong and transparent. And that this is sustainable. In other words, that our depositors are safe and that the allocation of resources favours economic and employment growth.