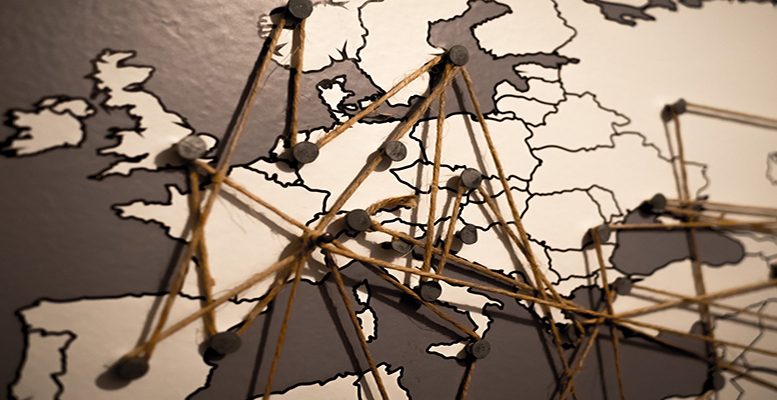 Ivan Dikov (European Views) | Referring to the EU as a “bloc” doesn’t make enough sense any way you look at it.

Who else is irritated, fed up, and even maddened by the incessant use of this empty, meaningless, and sometimes even outrightly malicious journalese cliché in international media to mean the European Union?

The constant application of this lackluster term to the EU generates a feeling as though the respected or not so respect international (English-language, that is) media in question are actually referring to the Tripartite Pact of Axis Powers. Or the Soviet Bloc. Or to either the Entente, or the Central Powers, in the best-case scenario.

And certainly not to the EU: the best thing that has happened to Europe (and possibly the world) since the Reformation. (A favorite thought of mine of which I claim authorship.)

This journalese wording setup of international English-language media, in which the European Union is referred to as “a bloc” or “the bloc”, conveys either a deep misunderstanding of the EU, or an unwillingness to reflect its true nature.

Or, alternatively, a desire to denigrate it.

(Which certain English-language media on both sides of “the pond” certainly aren’t in short supply of – much to the detriment of their own societies and the entire West.)

Anybody referring to the EU as a “bloc” is wrong to do so because the EU isn’t one.

And not for the reason that would first cross one’s mind:

Not because the EU is being ripped apart by diverging interests of its vastly diverse and different member states; not because it is being torn down by spikes of nationalism, chauvinism, and nation-state selfishness; not because it is just barely being held together by evil, neo-liberal, complacent trans-national elites; and not because it doesn’t have a joint military and a real speaking-with-a-single-voice foreign policy.

Most of these assumptions and presumptions about the EU are wrong to a varying degree – contrary to what anti-EU propaganda, fake news, and doomsayers would have you believe.

(Forgive me for inserting here another of my favorite thoughts of which I also claim authorship but it is relevant to anti-EU propaganda as well as any kind of propaganda out there: propaganda is cool stuff but it’s got two main problems: first, it doesn’t change reality; second, it inescapably tends to delude its own authors who start to believe in it.)

The fact of the matter is that the EU is not and has never been simply “a bloc” even if one assumes that the term in question has solely positive connotations – which it certainly does not.

And that greater good actually works.

It might be slow at times, it might even screech to a halt once in a while but it does work surprisingly well, all things and all human history considered.

All other arguments aside, it is this supranational entity that is humankind’s best hope for tackling the causes or at least the effects of climate change.

If that is at all possible, the EU has already become the one, often the only one, to lead by example, and it is its model for climate change policies that should be adopted by all, not whatever models are espoused by the United States, China, or Trinidad and Tobago.

To call this incredible being, the European Union, a “bloc” isn’t just missing the point of its essence. For all practical purposes, it amounts to misinforming and even misleading your readers.

The fact of the matter, however, is that the EU isn’t simply a “group of countries with similar political interests or goals, or economic aims” – although such elements and ingredients have certainly been present big time in the making of the European Union.

Political science 101 teaches you that there is nothing more robust than shared, common, joint interests. Leaders, countries, leaders, societies, nations act based on their (self-perceived) interests, and “international law”, which isn’t technically exactly law, is sure to work whenever it’s backed by respective national interests, and oftentimes falls through when it isn’t.

And yet, the above-mentioned assumption about the paramount nature of interests in politics, international and otherwise, and how robust they make a grouping of actors isn’t entirely right.

That right there beats just “shared interests”. There have been many alliances in human history based on shared interests, i.e. many “blocs”. But the EU is markedly, fundamentally different.

There’s your European Union. It’s not a “bloc”. It’s a lot more than that.

It’s been a lot more than that even with the end of post-Cold War Western triumphalism, even when the End of History got questioned, even at the height of the euro debt crisis, and even in the face of Brexit.

If you don’t care for lofty words, just consider the following: there is simply no way to use the same word to refer to the Soviet Bloc / the Eastern Bloc / the Communist Bloc – those poor, miserable, wretched nations Stalin seized from Hitler and then “bestowed” with puppet terror regimes made up of communist thugs, and to refer to the European Union, whose highest ends are best summarized by the Ode to Joy.

And while the word “bloc” sounds quite right when referring to the communist dictatorships in Eastern Europe from the 1940s until the late 1980s, it sounds entirely out of place and out of touch with reality when it comes to the Union of European communities / countries / societies / peoples / nations / nation-states.

What is the right word then to refer to the EU instead of “bloc”?

That’s what it is.

Sure, one may counter that the Soviet Union was also called “the Union”. But it also claimed to be a “democracy”, and so have all kinds of utterly (oxy)moronic “people’s democracies”. Yet, they weren’t. And the fact that they lied shamelessly about their true nature hasn’t emptied the term “democracy” from its true meaning, and it never could. The same goes for the term “Union”.

That is why it is up to real, responsible journalism – professional journalism, “social media” citizen journalism, any kind of journalism with any pretense of integrity – to go for the true meaning, not for convenient, lazy journalese clichés.

The EU is not a “bloc”, it’s never been, and it never will be. It’s always been a lot more than that.

And, if anything, it will go down in history as “the Union.”