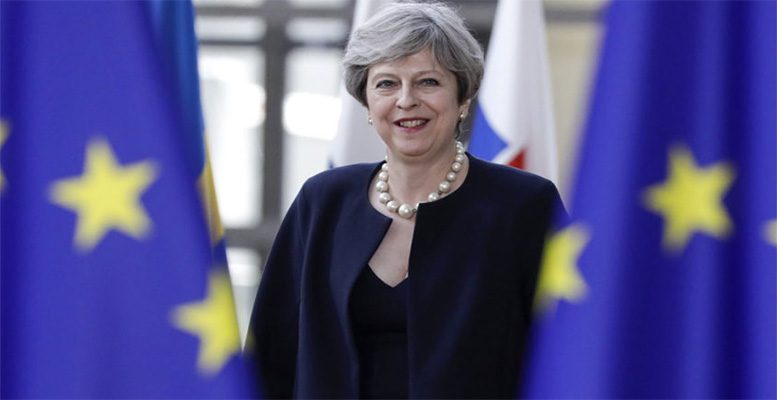 Theresa May at a European Union leaders summit

Nick Ottens via Atlantic Sentinel | When Greece resisted demands for spending cuts from its creditors last year, Prime Minister Alexis Tsipras appealed to the president of the European Council, Donald Tusk, for talks with the other 27 heads of government.

His hope was that fellow leaders would be more sympathetic than the technocrats of the “troika”: the European Commission, the European Central Bank and the International Monetary Fund.

Tusk rebuffed him and reminded Tsipras that the troika had been delegated by national leaders to monitor Greece’s bailout. The whole point of putting bureaucrats in charge was to avoid the politicians being tempted to cut Greece some slack.

All summer, her government has been trying to circumvent and undermine Brexit negotiator Michel Barnier, culminating in personal calls to France’s Emmanuel Macron and Germany’s Angela Merkel in recent days, a dinner with European Commission president Jean-Claude Juncker on Monday and a request to brief the European Council on Britain’s expectations.

Barnier insists that the United Kingdom must agree to pay a €100-billion “divorce bill” before negotiations over citizens’ rights, the Northern Ireland border and future trade relations can even begin.

That is Barnier’s mandate. Even relatively pro-British countries like the Netherlands agree that, by leaving, Britain is reneging on its long-term spending commitments to the EU and the EU isn’t going to be left holding the bag.

Sixteen months after it voted to leave, Britain has still not accepted this. Hence the talks are deadlocked.

Perhaps Macron, Merkel and the other 25 government leaders will change their minds.

Perhaps some concession from the British side can convince them to lower the exit bill.

If the Greek history is any guide, though, the EU is more likely to stick to its guns.

It, after all, has all the leverage — something else the British haven’t accepted yet.