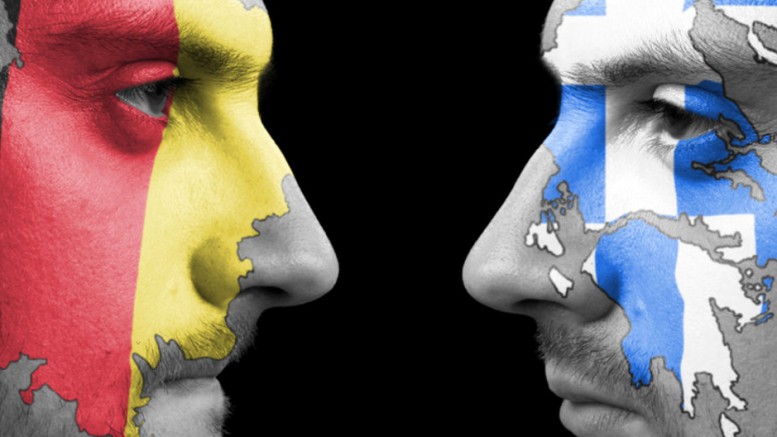 The key issues are the German attitude towards a Greek exit; the influence of the new, right-wing populist party AfD on German policy-making; and whether Germany is willing to give in to demands from a Syriza government. I argue that Germany has no interest in Grexit and that the AfD has been a minor constraint on the German government. However, Alexis Tsipras should brace himself for tough negotiations. If he puts reforms front and centre, the German government is likely to agree to a compromise on fiscal consolidation and debt relief.

Is Germany open to Grexit?

Der Spiegel reported earlier this month that German Chancellor Angela Merkel and Finance Minister Wolfgang Schäuble believe the eurozone could handle a Greek exit. Probably leaked as a trial balloon and to scare Greek voters, it should not be taken at face value.

The risk of direct financial contagion is considerably lower than two years ago, when the very existence of the euro was in doubt and liquidity runs on governments could throw them into default. With the ECB acting as a de facto lender of last resort via the OMT programme, and banks’ balance sheet strengthened (albeit arguably not enough), the direct contagion is likely to be limited.

However, the medium-term consequences of a Grexit remain highly uncertain. A euro exit could be devastating for Greece, with mass defaults, insolvency of banks, capital flight, and national institutions that have yet to establish their credibility. On the other hand, with regained monetary autonomy, Greece might also grow stronger than its peers in southern Europe over the medium term. The reason is not export growth alone, which would certainly benefit from a devalued drachma. The channels through which re-gained monetary autonomy works on the economy are far more numerous. They include more positive inflation expectations and expectations of future income as well as lower real interest rates.

Stronger growth in Greece would embolden political forces in other member-states like Italy who favour exit from the currency union. In order to stop this political contagion, the eurozone would have either to make a leap of integration including fiscal risk-sharing and debt mutualisation, or throw most fiscal restraints over board and allow aggressive fiscal and monetary policy to engineer a proper recovery. Not only are both options hard to conceive in the current political climate. It is also unclear whether it would be enough to keep the eurozone together. The medium-term implications of Grexit for the eurozone are therefore potentially severe. A very careful politicians like Angela Merkel is therefore highly unlikely to consider the Grexit option.

Not really. The conservative political spectrum in Germany has been fearful of a populist anti-euro party emerging ever since the euro crisis started. To the extent that fighting a rising populist party motivates the German government, that motivation has only marginally increased with the actual establishment of one such party, the AfD.

What is more, those who are looking for a rationale behind Germany’s stance on eurozone policies often overemphasise the importance of the AfD. After all, if the Germans have the right economic analysis but are hampered by political constraints, it would be easier to understand the management of the euro crisis.

However, many German economists, policy-makers, journalists and hence, voters truly believe in their economic analysis of the crisis, which differs considerably from the international economic consensus. The reaction to the ECB’s recent announcement of QE is a good example of that belief. One paper, the centre-left SZ, even went as far as to suggest that Draghi (and not Germany) was the ghost driver on the road of economic arguments. The AfD is therefore just a minor driver of the German approach to the crisis, and hence to Greece.

The Dos and Don’ts of dealing with Germany

In the negotiations with the troika, and Germany as one important country behind the European approach, the Greek hand is relatively weak: with funding for both the government and the banks in doubt in the coming months, Greeks would feel the short-term ramifications of a fierce confrontation first and foremost, as Cyprus can attest to. So how to deal with the Germans, to make the most out of a weak hand?

Economists believe in the force of a good argument, both empirical and theoretical. Some Greek policy-makers might be tempted to try to persuade the German government and EU institutions that their approach to the eurozone crisis has been wrong for years. However, the conviction that structural reforms and fiscal consolidation is the only path towards sustainable growth is deeply entrenched in the core countries of the eurozone. It would be tactically smart to take that position as given for the negotiations; opposition to this core conviction will be interpreted as searching for an easy way out.

What is more, it is not Greece’s nor Syriza’s task to move the eurozone towards a more balanced and sensible economic policy agenda. Too much political capital has been invested in the current approach of the eurozone for the Greek government to meaningfully change it. Without the centre-left parties in the core countries joining the debate, the chances of success are very limited.

As Nick Malkoutzis has recently pointed out here in The Agora, the Greek government needs to present a comprehensive plan for deep structural and institutional reforms in order to win the trust of the EU and Germany. Offering such deep reforms up front in areas where previous governments have failed is the best hope to secure a meaningful quid-pro-quo on the pace of fiscal consolidation and debt re-profiling.

Finally, Angela Merkel is not, by all accounts, a cynic. She likes to understand the issues at hand, and an effort to explain the deeper structural issues facing Greece from Syriza’s perspective could well pay off. Moreover, Merkel’s main interest is to forge a compromise that all sides can live with. Her own domestic interest is a presentable compromise that allows her to tell German voters that Greece is sticking to its promises and that all official debt will be repaid. Otherwise, her government would have to admit to the failure of the various ‘bailout’ programmes in Greece. She also needs to take the concerns of other European countries into account. They fear that a deal that is too generous for Greece would strengthen domestic populists. Within those boundaries, however, Merkel is more flexible than she is often given credit for. However, she does not, for all we know, react well to threats or blackmail. It would not be wise, for example, to use a potential Greek veto over the renewal of sanctions on Russia, starting in March, in the bargaining process over the adjustment programmes or debt relief.

The new Greek government faces a monumental task. It is caught between high expectations of its voters, and a European realpolitik that will be hard to navigate – despite the fact that both Grexit and the AfD play a minor role for Germany. The relatively weak hand of the Greek government in negotiations with the troika and European partners will certainly disappoint some of its voters. But Tsipras should still focus on playing the current hand tactically well. The middle ground for compromise is small. But it is large enough for an agreement that is smart, given current political constraints and the Europeans’ relatively strong hand, and that can help Greece overcome its economic depression.