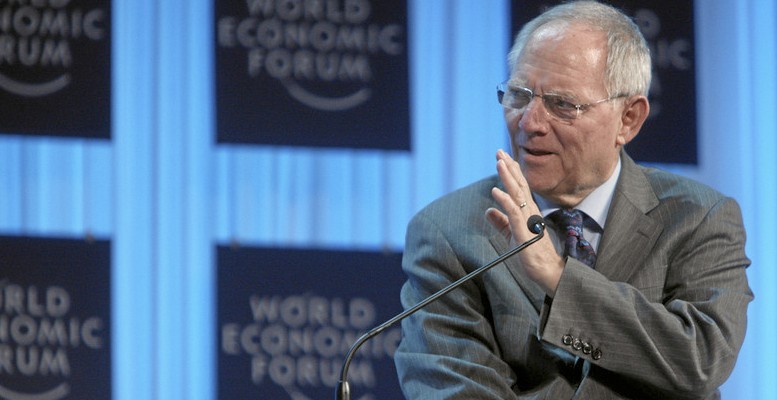 At the fringes of last week’s IMF meeting, he was reported to be pressing for an end to the ECB’s QE as in his analysis:

To be fair he has consistently complained about QE but has let it go ahead without too much trouble.

The worry is that his new view is coinciding with that of several senior ECB Board members who increasingly think that the Euro economy is now responding and it will soon be time to end QE. Just by discussing the end of QE they automatically blunt its effectiveness. But are they right about the economy? If not they will cause the Euro economy to slow.

The evidence is that Euro Area NGDP is way below the levels it should be and has thus dragged down RGDP too. The successful period” of NGDP growth averaged 4% and RGDP around 2%. “Inflation” or the “implied deflator” therefore averaged around 2% also. Putting aside the lost levels, RGDP may be averaging almost 2% but it is a huge struggle as NGDP growth cannot get over 3%, leading to less than 1% inflation and negative interest rates.

Germany dominates the EU and even more dominates the Euro Area. And Schauble is a huge voice given his position in Germany. If he really thinks there is “undue risk-taking, political complacency, capital misallocation and asset price bubbles” with these anemic growth numbers then Euro Area is in for big trouble.

*This article was originally published by NGDPAdvisers.