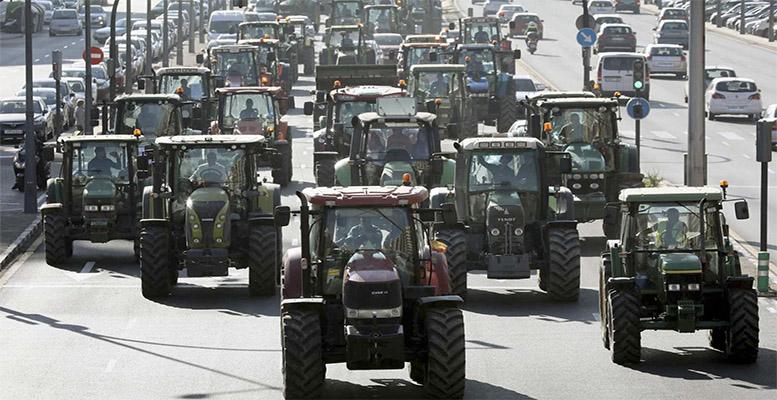 Bankia Estudios | The initial proposal of the European Council for the multiannual financial framework of the EU for the period 2021-27 includes a budget amounting to 1.074% of GDP of the 27 member countries.

In the end, the Council has moved closer to the most austere positions of the core countries, proposing a significant cut with respect to the previous budget (1.16% of GDP in 2014-20) and in comparison to the Commission’s proposals (1.11% of GDP) and of Parliament (1.3% of GDP). In addition, it reduces funding for the most significant items so far: cohesion (-12%) and agriculture (-14%). In this way, funds for the CAP would be cut to 329.3 billion euros: direct payments to farmers would be reduced by 30 billion and aid to rural development by 24 billion. To mitigate the negative impact, the European Council proposes measures such as a capital increase for the European Investment Bank to mobilize investments, and the introduction of a tax on plastics. At the moment, the proposal does not seem to please either the most austere countries (Netherlands, Finland and Austria, at the head) or the largest recipients of funds.

The budgetary debate takes place amid strong protests that the agricultural sector in Spain has been carrying out for almost a month. The falls in agricultural income in 2019 (-9%) and the fear of this decrease in CAP support are behind the malaise of the Spanish farm sector, but it is not the only reason. They are also affected by increasing production costs, (even more with the rise of the SMI) and have no capacity to impact on the price, due to the increasing power of distribution.

Among measures that are being considered to help the sector to overcome the crisis are: (i) an easing from one to four years in the schedule set for tax payments on EU support for young farmers (currently they must pay taxes in a single year) , (ii) modification of the Cooperative Integration Law (to enable cooperatives to gain in size) and the Law of the food chain (to achieve a fairer distribution of agricultural products along the value chain), and (iii) a possible bonus in social security contributions to cushion the effects of the SMI increase.