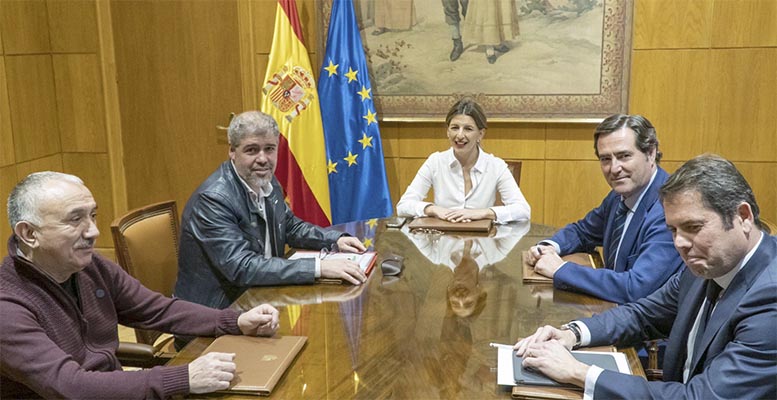 In the first ten months of 2022, the enrolment of workers with permanent contracts totalled 2.6 million people. For this, 5.95 million contracts had to be signed, which means that almost 3.7 million of them, 62%, ‘vanished’ without being translated into new stable employment. This gap, moreover, is growing intensely: it has widened by half a million in the last month alone.

The newspaper El Economista explains that although this comparison is debatable, because it mixes the calculation of average enrolment with that of the register of contracts, it is the one used by the Ministry of Labour to boast about the quality of the permanent employment created by its reform.

Its argument is that the rate of ‘false contracts’ is much lower than in previous years. And this is true: in 2022 it takes 2.6 contracts to create a permanent job when a year ago it was 4.7.

However, this analysis omits that the real number of people who sign a permanent contract has shot up with the reform, so the number of those who see that their job does not ‘stick’ is also much higher: it has increased by 181% compared to 2021.

There is no shortage of experts who see in this evolution the consequence of the fact that the reform has increased the number of permanent contracts, above all by eliminating temporary contracts for work and services. But this is without complementing it with other measures to promote stable employment in a country whose companies are historically dependent on seasonality.

Returning to the Executive’s questioned job quality index, to create an ordinary, full-time permanent job, 2.2 had to be signed a year ago. For a part-time job, 2.6 were required. But in the case of permanent discontinuous employment, the proportion is 3.2. In other words, only one third of these contracts resulted in a real increase in employment.