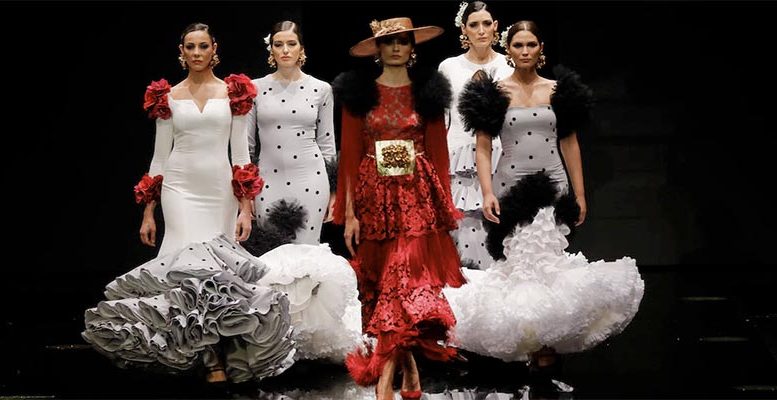 Fashion show of the Spanish couturier Ernesto Sillero in Seville, in the flamenco fashion event of 2019

The fashion business retained its importance as one of the main engines of the Spanish economy in the year before the outbreak of the global Covid-19 crisis. Its contribution to the the country’s GDP remained stable at 2.8%, according to a joint report from Modaes.es, the Centre for Information on Textiles and Clothing (Cityc) and Accenture.

Specifically, in the previous year, the sector lost a tenth of a percentage point compared to the previous three years, when the fashion industry’s weighting in GDP had been established at 2.9%. However, the pandemic has sparked big declines in terms of activity, employment, exports and retail sales in the first months of 2020.

The study shows that fashion is fundamental to the Spanish economy, by contributing more than 2.6% to GDP in the primary sector. This is only slightly less than the 3.6% from banking and insurance or the 5.8% from construction.

In addition, fashion remains highly important in terms of employment generation. In 2018, it contributed 4% to the Spanish labour market. But above all is its important contribution in terms of exports, with 8.9% of the total (two tenths of a percentage more than in the previous year).

2020 marked by the impact of coronavirus

With regard to the evolution of fashion in the first months of 2020, practically all indicators show a negative trend. For example, the average number of Social Security affiliates in firms in the textile and clothing industry, as well as the leather and footwear sector, fell 6.6% year-on-year in September, according to the latest available data.

In terms of activity, almost all the magnitudes are negative since March. In the textile sector, the Industrial Production Index (IPI) in July recorded the first rise of the year, with a year-on-year increase of 1.4%, after a cycle of declines which reached a maximum of over 50%.

In the clothing industry, the IPI fell by nearly 80% and has not stopped falling in recent months, with drops of 29.6% in June and 23.9% in July.  The results are similar in the leather and footwear industry.

With regard to exports, one of the main escape routes for the Spanish fashion sector during the previous economic crisis, they has shown double-digit declines. This is due to the contraction in international demand and the slowdown in global trade.

As for the impact on sales, from January to August the turnover in the textile, accessories and leather trade has fallen by 41.1% year-on-year. This is despite the fact the general Retail Trade Index has substantially moderated its declines in recent months.