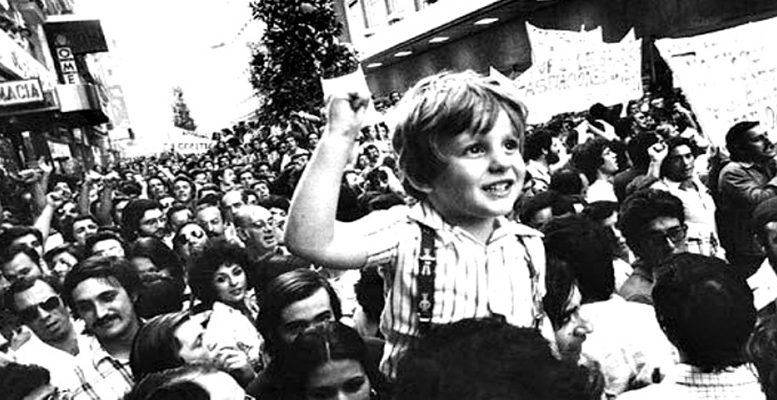 Fernando G. Urbaneja | Francisco Franco, who governed Spain between 1938 and 1975, has travelled this week from one tomb to another because of a “Law of Historic Memory” approved in 2007 (initiative of the socialist government of Zapatero) and amended in 2018 (initiative of the socialist government of Sanchez). The eight intervening years of the Rajoy government did not modify this law, although it remained in hibernation. Franco´s family (grandchildren) tried to avoid this journey or make it to a cathedral in Madrid, but the law gave the government sufficient powers to as it wanted, and this was that the tomb would be in the Madrid suburbs, in El Pardo with his wife. The Supreme Court confirmed that the law in force allowed the government to do this.

Franco died 45 years ago. The Civil War that brought him to absolute power ended 80 years. Little remains of Francoism, some hundreds of nostalgic irredeemables and some symbols in the process of erasure. There do remain thousands of victims interred in unmarked graves. More than half of Spaniards were born after the death of Franco and for the vast majority the Civil War is something to be forgotten rather than brought up again. Franco´s public resurrection last Thursday became a television spectacle (with an audience of up to 15 million viewers that morning) and a cause of confrontation among political parties, with all against the socialists, the principal actor in the event, who had managed to convince neither left not right.

Franco died in hospital after unnecessary suffering caused by his followers (two illnesses requiring serious surgery) as they stretched out his death in pursuit of relative advantage in handling the succession. Franco knew (as he told the US ambassador in 1971 who had been told by Nixon to ask) that everything would change when he died. He also said it to his successor, Prince Juan Carlos, whom he prepared by telling him that his death would also be that of Francoism, and that the new King would have to deal with new methods, specifically the democracy that appealed so little to the General. Juan Carlos embraced democracy and drove it forward with the agreement of a vast majority of Spaniard, including a significant proportion of an evolved Francoism and the opposition.

The “Spanish Transition”, the democracy embodied in the 1978 Constitution and the successive (three legislatures) socialist and popular governments performed well for four decades, securing entry to the European Union with economic and social growth above the average of the country´s neighbours. The appearance of Franco 15 days before a general election forms part of an electoral strategy, but there is no evidence that it will have the slightest influence on how people vote.

Spaniards worry about the economy, employment, wages and public goods related to the welfare state. The Franco business is rabble-rousing, fireworks and distraction. The other concern is Catalonia, especially for Catalans who are suffering an endless confrontation and for the other Spaniards who feel the unease produced by a rebellion without future. Catalonia is on the electoral agenda of all the political parties in a way that complicated the problem and renders it chronic.