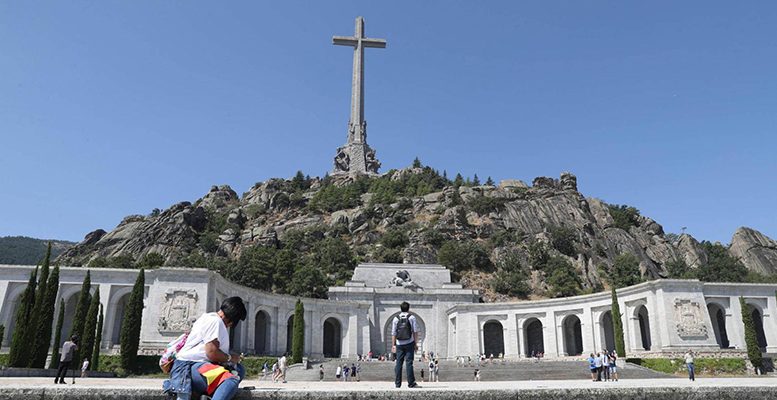 The remains of Spanish dictator Francisco Franco will be exhumed from the state mausoleum El Valle de los Caidos and buried in a cemetery.

Fernando G. Urbaneja | By chance the journey of Franco´s tomb from a basilica (the so-called Cuelgamuros, erected by the dictator himself to house the victims of the Civil War) has coincided with the release of a film by Alejandro Amenabar about one of the highlights of Franco´s life. Amenabar has filmed with historical precision an important moment in Franco´s rise, the incident on 12 October 1936 in Salamanca University when Miguel de Unamuno, rector of the university, confronted one of Franco´s generals.

Unamuno at first supported the Second Republic, vilified it in light of the criminal performance of some republicans, supported the military coup as a mechanism of rectification and repudiated the military when he saw their criminal intentions. He concluded with the historic declaration: “You will win, but you will not convince; to convincer one has to persuade …” Unamuno remained isolated in his house, removed from his positions, and died a few weeks later bitter and disappointed, but faithful to his convictions.

Amenabar´s film – brilliant, emotional and grandiose – offers to those Spaniards who see Francoism as something in the past an accurate and complete vision of what was the first Francoism, that of the terrible Civil War, when one group confronted another. Unamuno wrote this as “hunos” against “hotros” in Spanish to show the barbarity of the war.

The release of the film coincides with Franco´s move from one tomb to another, undertaken by the socialist Prime Minister Pedro Sánchez for political and electoral reasons, although he disguises it as an operation to mark the final end of the civil war and the triumph of democracy over the dictator. A claim both pretentious and disproportionate.

Throughout Thursday all the television stations will offer the spectacle of the journey of Franco´s coffin, buried 44 years ago underneath a marble grave stone weighing more than a thousand kilo in a family vault (although property of the state) to a public cemetery, el Pardo, 36km from the basilica of Cuelgamuros en El Escorial.

For some this is an act of justice against the dictator, for others an unnecessary spectacle which oxygenates those few and irrelevant nostalgic for Francoism. Perhaps an opportunity for that peculiar sentiment of necrophilia which forms a peculiar part of human nature.

To round of the coincidences, yesterday the historian Santos Julia (79) died in Madrid, the best historian in the opinion of one of his best-known colleagues, Jose Alvarez Junco. Santos Julia is the historian who most and best studied Spain in the 20th century, the figure of Manuel Azaña (President of the Second Republic), the Transition and those avatars of the Civil War, Francoism and the democratic opposition. Franco was buried and remains buried. And with him Francoism, as he himself predicted.