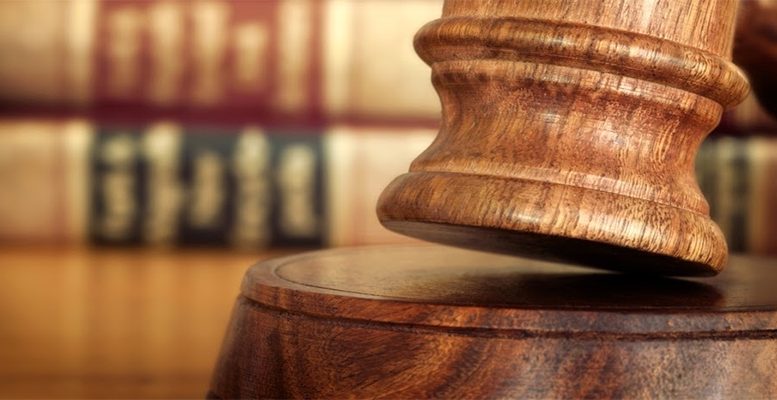 The eternal debate as to whether Spain has a quality democracy, with a level of legal security on a par with Europe, has recently become topical again following the courts’ decisions in the cases of Urdangarin and the “black” credit cards. Weeks before there was already a lot of discussion about the issue of legal security because of the courts’ ruling which obliged the banks to pay its mortgage customers back the amount related to the floor clauses.

And that’s not all. A lot of people are questioning the actions of some town councils, like Madrid, which have stopped property proceedings already approved, or on the matter of renewable energy premiums, a real international scandal. Without a second thought, and under pressure because of the huge and growing tariff deficit, Rajoy’s government cut the remuneration agreed with investors, a matter which is in the international courts of arbitration.

All these issues, which are not exclusive to Spain, but seem to happen here more frequently, have begun to fuel doubts over the level of legal security in our country. To such an extent that many are asking whether we are starting to look more like Argentina than France. Something which, logically, could end up negatively affecting the famous “made in Spain” brand.

These doubts have deepened as a result of the complaints from some attorneys that the government is interfering with their work. They have complained of receiving specific instructions on how to proceed in a series of legal matters currently underway. These interferences, alleged of course, have found their way into the international press. Something which is bad news of course. We must remember that readers – and those who write the news – outside Spain don’t really want to be bothered with a lot of nuances: normally they just stick with the headline, and little more.

And the headlines are devastating. While Spanish singer Isabel Pantoja has spent years in prison, the Infanta Cristina has emerged gracefully from misfortune. Because she is the King’s sister? That’s the doubt. It’s also not easy to understand that, after being sentenced to six years and three months in prison, Iñaki Undargarin is not considered a flight risk. The fact that he is living a normal life in Switzerland, and is only obliged to present himself to the authorities there, is grotesque in the view of some commentators. It seems as if there are not many precedents like this.

The same could be said with respect to the court’s goodwill towards Rodrigo Rato and Miguel Blesa, given sentences of six and over four years. They are now waiting, comfortably, in their homes until the Supreme Court convalides these sentences. And there’s fear that they will be reduced. The same goes for Urdangarin. The politicians from the main parties in Spain and those with legal responsibilities, and even a lot of journalists, say they are satisfied and endlessly repeat the mantra “we can see that justice serves everyone.” But that doesn’t seem to be the ruling impression in the street, or indeed in the international press.

The floor clauses is a completely different matter. In this case, it’s the courts which have been particularly hard on the banks, arguing, like the lawyers, that these clauses were within the law and were known to those who signed them. What the courts can modify, and make payable, procedures completely planned for under current law, the banks have complained about, considering that it is a clear example of the lack of legal security. Something which can suddenly compromise the mortgage market, and on a wider scale, Spain’s image.

Another example of how the government behaves in an arbitrary fashion (this practice is not just confined to the city councils under Podemos’ control) was the way Finance Minister, Cristóbal Montoro, has suddenly and without any warning obliged the big companies to pay their corporation tax in advance. This is a measure which is so “incomprehensible” for many people that even Esperanza Aguirre herself criticised it and described it as “madness”.  And Juan Rosell, chairman of the CEOE, didn’t mince his words either. “Paying it in December and almost by stealth is very much against what we call legal security and the Spain brand.”

It’s not the first instance of this kind where the government is making arbitrary, and even retroactive, decisions. This was what happened with the renewable energy premiums. Overwhelmed by a tariff deficit – caused precisely by these excessive premiums – and an electricity sector debt which didn’t stop rising. What was Rajoy’s government’s solution? Cut them.

But we need to bear in mind that the Spanish government had enticed investors to put money into wind and solar farms in exchange for a specific premium and also for a set number of years. However, at very short notice, it lowered these premiums, leaving them in the lurch to pay back their loans. Many of these investors, particularly the big funds, did not take this sitting down and took the matter to the international courts.

According to one sector association, the group of photovoltaic producers alone has 62,000 installations which are in the hands of over 200,000 families “with a bank debt of over 18 billion euros,” which has had to be refinanced.

There is the feeling that the Spanish State, omnipresent, is also all powerful. And this makes a lot of people very nervous. So much so that the recent complaint from the Asociación Profesional e Independiente de Fiscales (APIF) that attorneys have been given special orders to stop investigating some matter or another has been a real shock.

According to the APIF, this has meant that in some matters, Bank of Spain and the Murcia Presidency “the Public Ministry has not even considered the need for such AUTHORITIES (at the head of two institutions which control and monitor) to testify in court as being under investigation (charged before) for matters about which, at least in the abstract, they had knowledge and the capacity for intervening (and even avoiding)”. So all this seems to be very serious. And it’s better to put a stop to it before the Financial Times calls us a “Banana Republic.”