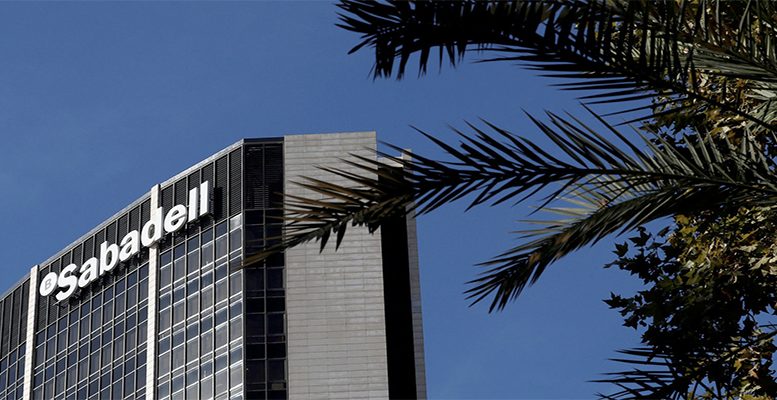 Banco Sabadell has been left hanging after the announcement of the merger between Bankia and CaixaBank. For months there had been talk of a combination of Sabadell and Bankia as the most promising concentration operation in the sector. Now, however, this possibility has vanished and the Catalan bank would be assessing different options to protect its interests.

Banco Sabadell wants to adopt measures to save costs and generate cost synergies. It also aims to reduce its exposure to the SME segment, one of those being hit hardest by the coronavirus crisis. According to Bloomberg, the bank has been working with Goldman Sachs for months to draw up a roadmap for adapting to the new banking scenario. According to the same source, Sabadell would also be exploring options for TSB Banking Group, the lender’s UK business.

“TSB is an asset with no profitability, which overshadows its reasonable position in the domestic market,” explains the analysis firm Norbolsa. “In fact, in recent times we have seen Sabadell more as an acquisition target and/or participant in a merger with Bankia (similar size) than as a buyer,” the analysts note.

As for the possibility of acquiring other entities, experts do not see any interest in smaller banks such as Liberbank or Unicaja, and Bankinter will stay out of any corporate movement, as it did in 2008-2009. It remains to be seen if there is interest on the part of the two big lender in increasing their weighting in the Spain segment again. According to statements made in recent weeks, BBVA is considering this. That said, Sabadell would make more sense with Santander due to their geographic fit. Everything will depend on whether concerns in the emerging markets allow them to be interested in consolidation movements at home.

In Santander Corporate & Investment’s opinion, Sabadell’s participation options in a consolidation operation could be positive for credit if they result in a strengthening of the bank’s profile. Particularly with regard to its solvency levels and its capacity to absorb additional provisions.

“In this context, a transaction that supports the strategic perspectives of the entity with the greatest critical mass in the context of the consolidation that will probably take place in the bank’s domestic market in the coming months could also be attractive for Sabadell’s credit.”

“With published ratios CET1 of 12.7% and CET1 FL of 11.9% in 2Q20, we view positively Sabadell’s intention to improve solvency levels. We also believe that some of the regulatory difficulties we foresaw for its solvency ratios in 2020 may not materialize, after the relaxation of European requirements in this area and the regulatory adaptation for asset quality measures.”

The improvement in Sabadell’s solvency ratios since 2019 (particularly in the last two quarters of the year) was largely due to the support of non-organic capital generation by non-recurring transactions. The assets sold by the bank include the fund management business to Amundi and the deposit activity to BNP.

The likelihood of consolidation has increased significantly in the European banking landscape after the European regulators flagged a possible change in capital requirements for mergers. And particularly in Spain, after CaixaBank and Bankia announced last Thursday that they were exploring a possible merger.