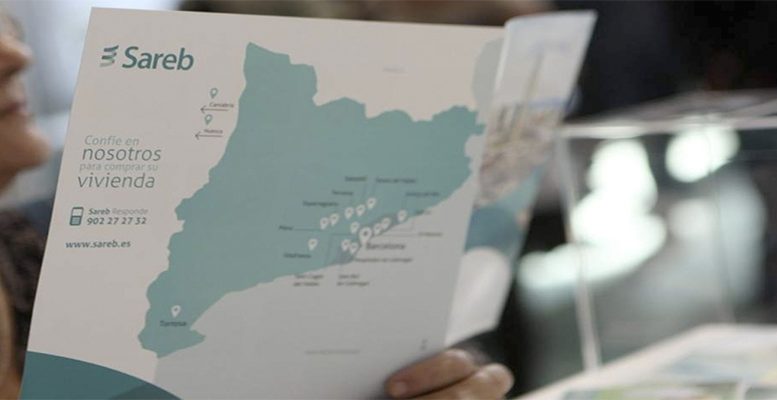 Judging by the latest valuations which have appeared in the press, the balance of the first five years of Spain’s bad bank, Sareb, is little less than disastrous. And it seems to be getting even worse. According to the latest published results, Sareb, headed up by Jaime Echegoyen, lost no less than 663 million euros in 2016, six times more than in the previous year.

Over the last five years, it has lost around 3.2 billion euros, according to the most negative evaluations. Sareb has also admitted that it has underlying capital losses for a further 3.389 billion euros, valued just on 50% of its portfolio.

Its critics have highlighted the fact that in line with the business plan drawn up by KPMG, Sareb promised its shareholders, the FROB (with 45% of capital) and the shareholder banks (55%), an annual return of 14% over the whole of the 15 years the bad bank would be in operation.

These losses mean the shareholder banks, for the time being, are losing about 30% of the investments already made, around 1.440 billion euros. The FROB and the banks contributed 4.8 billion euros to Sareb, 1.2 billion in the form of capital and 3.6 billion in the form of convertible subordinated debt. So they will also end up “paying for” the savings banks disaster, something which is also not new.

Of course many banking crises were solved in the past by passing the ‘hat’ amongst those banks in a good situation. An example of real interbank solidarity.

Sareb explains that the losses are the result of the fact that up to now, it has been selling those assets with less capacity for revaluation, leaving for later the better quality assets, those with more possibilities of increasing their valuation. But despite Sareb’s promises when it convinced the shareholder banks to acquire part of its capital, it’s not really suprising that it’s losing money.

At the end of the day,  the savings banks transferred some good products to the bad bank – hotels, quality homes, commercial centres – but also its worst assets, which would be more difficult to sell – old flats, on the outskirts, which were unsellable, as well as land in the process of being built on and promotions and developments which were not very desirable. This was how it was and how it had to be. It didn’t make any sense for Sareb to keep the good quality assets and leave the savings banks with those which could not be sold off.

So it seems the critics, many of them motivated by political objectives, are forgetting that the asset management company was essentially not created to make money, but to remove the toxic property assets from the savings banks which had been intervened, allowing them to be restructured.

If we look at it from this perspective, it doesn’t seem as if Sareb has been a failure. We will need to wait and see what happens in the next few years, with its upcoming divestments, and if this situation remains the same or is sorted out. But what is clear is that without Sareb, the savings banks would still be there, full of toxic assets, and incapable of carrying out their function of injecting credit into the economy.

Such is the case that Europe has recently praised Sareb for its performance, irrespective of its profitability, calling it ‘useful’ and even showing signs of wanting to imitate the Spanish model in other countries. The Handelsblatt, Germany’s top economic newspaper, called Sareb an example and said it has completed its task of stabilising Spain’s financial sector. Furthermore, it said it could be ‘the perfect model’ for reducing delinquencies.

We mustn’t forget that the model of the bad bank has hardly been used – in Ireland, Nama, and in Spain. In those European countries more affected by banking crises, where this mechanism has not been implemented, the number of delinquencies is much higher than in Spain. The European banks has an accumulated about 920 billion euros of unproductive loans, 7% of GDP. Greece is at the top of the delinquencies list with 46%, Portugal with 19% and Italy with 16%. Spain has only 5.9%.

It’s not surprising that the ECB itself, also quoting recommendations from the IMF, has announced its intention of implementing this bad bank model in the more problematical countries within the EU. The deputy president of the ECB, Vítor Constancio, has defended the creation of “companies which manage assets” or “bad banks” on a national level to solve the problem of the high level of bad loans on the European banks’ balance sheets. He has also described Sareb’s work in Spain as a ‘success’.