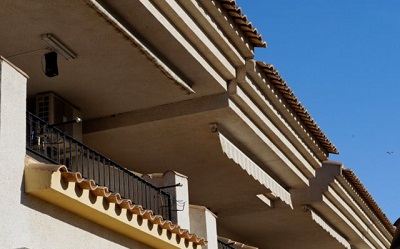 By Carlos Díaz Guell | In 2011, for the first time in recent history, the stock of finance for house purchase recorded a fall. The number of mortgages granted on housing dropped by 33%, that is a quarter of the transactions that were completed in 2006. This correction, which will most probably happen again in 2012, follows the evolution of the real economy. But it also is the result of a process towards normalcy in the mortgage market.

During the past year, developments in the domestic economy and particularly the employment levels have dragged housing demand into a downward zone. Besides, 2011 was marked by several fiscal changes: the announcement of the end of the tax relief in January 2011 triggered a crowding effect and an upturn in demand in 2010 with its exit effect in the aftermath.

On the other hand, the warning of reinstating this tax by the current government could have also had an in pause effect, further depressing property sales. Expectations of more corrections in housing prices may continue to play a role on the current demand contraction.

In addition to macroeconomic and political ups-and-downs, there is the financial component. The mortgage market, after a strong growth experienced during the real estate boom, has entered a normalisation era that will determine the speed of the residential property market’s recovery.

This normalisation is not observed in full force when checking the industry statistics because credit entities may be granting loans for home sales in the pipeline with perhaps more favourable conditions. Even so:

Risk is being repriced, which is reflected in increased interest rates on new deals, whose volume has increased one percentage point in 2011, half of which is due to an spread expansion over the reference rate.

The number of operations with loan value relationships above 80% has fallen, from representing 17% of operations granted in 2006 to 12% today.

Thus, the financial component of housing affordability has been adjusted to the current context and more families require previous savings and should support a heavier financial cost. This, too, will delay the recovery of the sector. Any advance will come via wages or prices and, in the current situation, only the second option seems feasible.