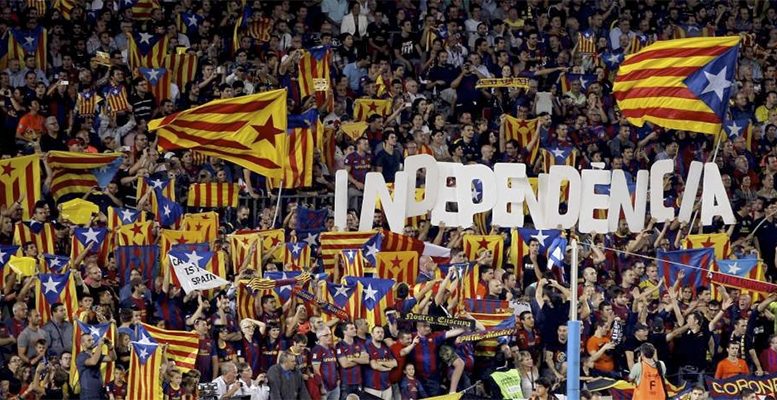 I read a commentary from an expert (Paz Viruet, whom I read and admire) about the lack of the reaction in Spanish bond prices to the Catalan risk. I am not surprised by this, because from what I have seen in the foreign economic press, they take it as read that 1-O will put an end to the “issue”.

Well I wouldn’t refer to it as the “Catalan issue”, as the above-named author does, because if it goes badly – and it’s not going to go very well – it will be Armageddon and then all stock and bond indicators will react. What I am saying is that it’s not a trivial matter. And 1-O looks like it’s going to be the beginning, not the end.

There is no clear-cut solution. The web of relationships is so dense that it’s impossible to estimate the losses and the gains.

The alternative risks are as follows: everything ends with a friendly handshake, accepted by the rest of Spain and Europe (which is difficult to believe). Or, the extreme opposite, that Spain considers itself called into question and even breaks apart. For that reason, I discount there will be any financial hullabaloo as regards doubts over the State’s tax collection extend. Because the worst that can happen is that the pulling and the pushing rips the Spanish state apart, something which is possible.

So why is the bond market not giving any indications, as Viruet himself says? Because every analyst believes the referendum won’t happen and the “issue” will die a death.

But, as I said above, it will just be the beginning. The accumulated feelings are too obvious to think they will just be surrendered if there is no referendum. You only have to look at the young people’s passion to know that they take this really seriously. The young give into these kind of utopias with more enthusiasm than they show for a five-year university degree, which they matriculate for “by default”. The university is an exponential platform of these romantic feelings, which you only live once. The Spanish university is stuffed with fanatical leftism. And we are all too aware that’s what will fuel any trouble primarily aimed at breaking the Spanish state apart.

So if bonds don’t reflect the risk of a break-up, it’s simply because the foreign economic press doesn’t rate the likelihood of secession at all, nor the conflict which will follow 1-O. We will see whether there is a referendum or not, if it’s significant (something I rule out), and if it is or isn’t, if the separatists will face the facts (something else I rule out).