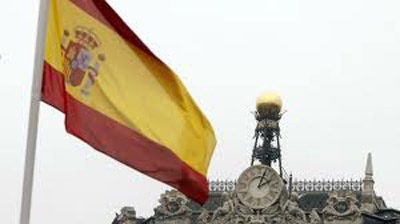 The new set of rules on restructuring and liquidation of ailing banking institutions planned to be approved next Friday confers full command to the Spanish government. The Bank of Spain will exclusively identify solvency failures and pit in place an early warning mechanism to redress potential deviations. But once public money is involved the task is conferred to a formally independent body, the FROB, but under tight governmental control. Politicians will decide for instance whether a financial institution deserves to be saved or gets doomed.

It might seem fair for Madrid to keep the upper hand when public money is at stake. But by taking over full control it will find itself at pains to resist pressures or partisan use of its powers. Its past record looks dismal, the Bankia crisis mishandling standing as an outspoken example of the damage political interference can cause to the financial system. And there are good reasons to believe that future blunders are to be expected. After all, politicians are supposed to aim at surviving till Friday evening, whereas supervisors will tend to care on banking survival at a long term perspective.

A couple of striking examples show to what extent voters’ pressure can influence decision-making. On the very same day tough rules will be enacted making sure losses are borne by subordinated debt holders, the government will provide an escape way to reckless investors having bought this kind of high-yield, high-risk securities. The fact that this sensitive product that has been sold to the man in the street cannot be taken as an excuse for forcing taxpayers or even shareholders to foot the bill. If thousands of people invested their savings in these risky securities out of sheer greed, many other millions simply refrained from getting lured by the high interests offered. Socialising the ensuing losses on a mandatory basis seems utterly unfair. This is exactly what the government plans to do caving in to pressure from disappointed investors.

A similar conclusion can be drawn as regards resolution. The new legal framework ensures that non-viable entities will be forced to enter a liquidation process. But the same legal text provides a waiver for those entities having a systemic dimension. A most vague formula designed to ensure that Bankia will escape that fate, regardless of its foreseeable lack of solvency. It is also predictable that former savings banks in Galicia and Catalonia might, for political reasons, receive a similar exceptional treatment. Not a good start when trying to put some order in a financial community badly in need of some Spartan discipline.

The financial reform has being delayed as disagreement with Brussels over the so-called bad bank mechanism still lingers on.  You might wonder why the EU institutions have not paid much attention to government intention to secure full hands in conducting banking restructuring and liquidation, in blatant breach of a key condition imposed on Spain within the framework of the rescue package.