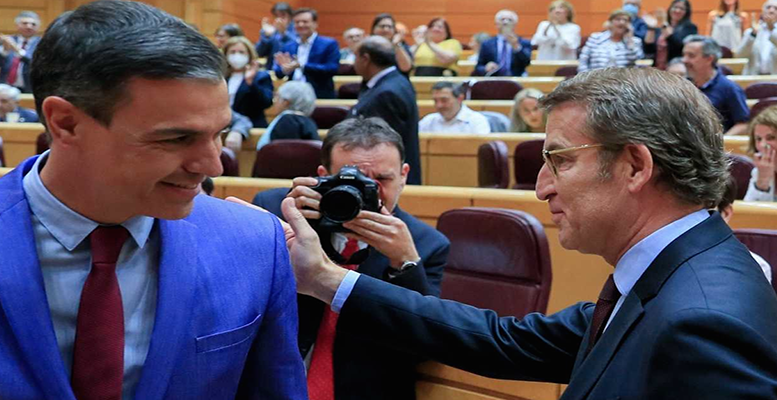 J.P. Marín-Arrese | The ruling coalition in Spain faces a dim prospect in the coming elections next year. According to the polls, the main Opposition party, bolstered by its new leadership, is poised to snatch a comfortable victory. It seems even close to securing an overall majority, counting on a helping hand from the extreme right and some minor partners. To ward off the danger of a crushing defeat, the Government has swiftly reacted, trying to discredit the new leader opposite by portraying him as a staunch big money supporter. It points to his refusal to rubberstamp extra taxes on the well-off as indisputable proof of that indictment.

Hostilities started when discussing the best way to protect people from rampant inflation. While the Partido Popular pressed for a targeted reduction in income tax to compensate for the fiscal drag the current price hikes inflict, the left-wing parties in power stressed the need to keep taxation unabated for steeply increasing social spending.

The Opposition voted against extraordinary levels on electricity, gas and oil concerns, plus banks. As the European Commission tabled a parallel proposal on energy companies, the Partido Popular back-pedalled supporting the European initiative while maintaining its criticism of the national scheme. A lacklustre victory for Government as voters’ deep concern about skyrocketing fuel and power prices find little comfort in taxes the bill for which they are afraid of footing.

The Andalusian right-wing Cabinet has recently fuelled yet another clash by scrapping a moderate levy on personal assets. No sooner did it announce the measure than the central Government trumpeted the forthcoming enactment of a new levy on wealthy citizens. It bets that the foreseeable refusal of the Opposition leader to rubberstamp such an initiative will further frame him as the protector of the affluent classes.

Thus, PM Sánchez has chosen the tax platform to challenge his rival. A risky gamble as most voters feel adamantly reluctant to any fiscal increase even if it falls on others. Promising tax cuts seems a better strategy for winning elections, especially when you don’t bear any responsibility for balancing the budget.