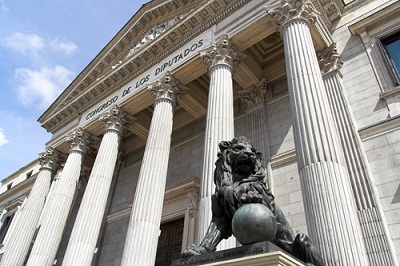 Although 41 years have already passed since the rate at which the Basque quota to the State was first agreed, there will be no changes for the next five-year period (22-27). The 6.24%, the percentage of Basque funding for the common expenses borne by the central Administration -defence, Royal House, embassies, etc.- is going to be maintained for another five years.
This has been agreed in Madrid by the central and Basque administrations, during a Joint Commission of the Agreement in which it has also been agreed that the Basque Councils will collect from now on two new taxes: the one levied on single-use plastics and the one levied on waste disposal and incineration. Both, according to Basque Government estimates, will contribute 75 million euros each year to the regional treasuries, 0.4% of total tax revenue.

The Government and the Basque provincial councils have avoided opening up the issue of the Quota percentages to avoid political controversy, in the knowledge that everything related to the Basque Country’s contributions to the State arouses suspicion in other autonomous communities, as reported today in the newspaper El Correo. In 1981, when 6.24% was first set as the rate to be applied to the competences not transferred by the State, it was assumed to be a “position close” to the weight of the Basque GDP in the Spanish economy and also to the percentage of the population. But in these 41 years things have changed. In 2000, for example, Basque GDP accounted for 6.3% of the whole of Spain and the Basque Country had 5.14% of the Spanish population. In 2020 – the latest data published by the National Institute of Statistics on the regional economy – it is 5.93% of the national GDP and only 4.62% of the population.

“Five years ago we normalised and regularised the Basque-State financial relations, and today, we have followed that path to continue working from the institutional naturalness and respect that the Basque Economic Agreement deserves. Today, an agreement of enormous importance has been reached. It is an agreement that makes the Basque self-government and the Economic Agreement, where the bilateral pact is a fundamental feature, come out stronger”, said the Minister of Finance, Pedro Azpiazu, in an appearance in Madrid after the meeting.

The Joint Commission was chaired on behalf of the State by the Minister of Finance, María Jesús Montero. The holding of the Commission and the new agreement on the Quota was a condition demanded by the PNV to the Government of Pedro Sánchez in exchange for not presenting an amendment to the whole of the draft budget for 2023.

1.472 billion euros this year
The Joint Committee has agreed on the details of the new Five-Year Quota Law, which will regulate financial relations between the Basque Country and the State in the period 2022-2027. The text will now have to go through the approval process in Congress and the Basque Country’s contribution to the State to support this year’s budget has already been set. It will be a total of 1.472 billion euros. A figure that Azpiazu has described as “very similar” to that of recent years, as the 2021 contribution was 1.403 billion.