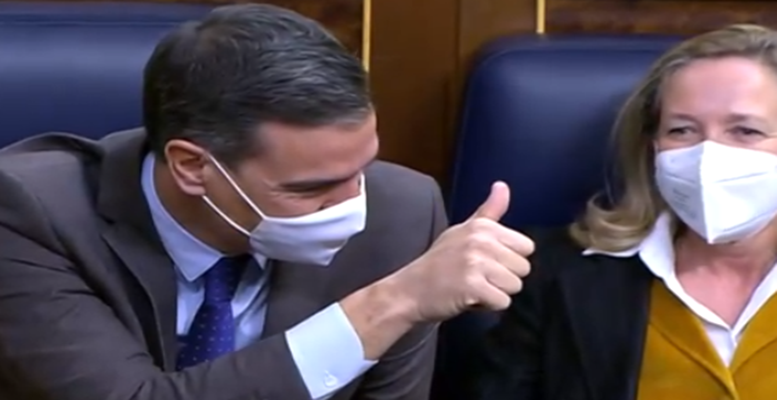 Although the ratio of public debt to GDP has been falling in recent months and now stands at 116%, it still slightly exceeds the government’s target for the whole year (115.2%), as established by the Executive in the Stability Plan sent to Brussels at the end of April.

The scenario set out in the 2022-2025 Stability Programme shows a progressive decline in the deficit over the four years until the debt/GDP ratio stands at 109.7% in 2025.

Looking at the figures, since Pedro Sánchez first became president in June 2018 – and after two terms in office – his government has increased Spain’s debt by 301.197 billion euros – the pandemic and the war in Ukraine notwithstanding. That means that, for every day that has passed since then (1,582 days), the coffers have added 190 million to the public hole; and that each Spaniard has taken on 6,350 euros on his or her back; so that each contributing worker has taken on 14,910 euros of new debt since Sánchez has been in charge of the country. So each of the 47 million Spaniards owes 31,709 euros and each contributor 74,458 euros. Moreover, the government has doubled the structural deficit by more than 50 billion euros a year and agreed to exceed the spending ceiling for 2023 by another 15 billion euros, despite requests from Brussels and the ECB to moderate the expansion of the debt.