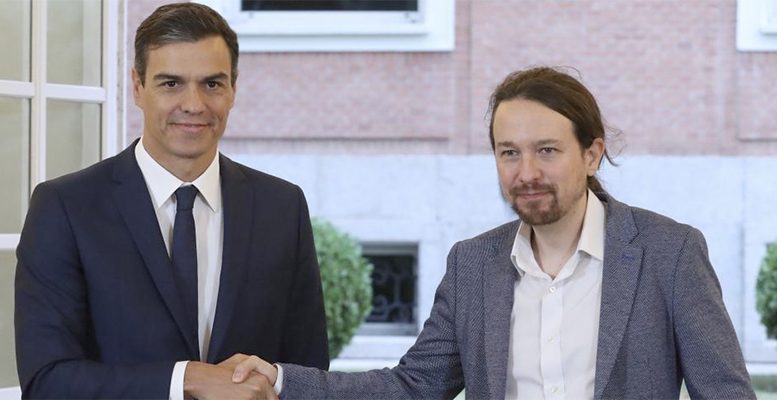 The Spanish government has released its main budgetary lines, in a rather unusual and surprising way. For, it holds responsible the former PP Cabinet for most of the expenses plus a sizeable deviation from the deficit goal in 2018. The least one can say is that such a baffling message underlines its inability to curb the imbalance while enjoying power for the second half of this year.

The budget also shows a sheer lack of commitment to fiscal consolidation. For, its balance rests on some improbable assumptions. First, taking for granted that the favourable outlook will feed in a gloat of new resources, while acknowledging the economy is markedly slowing down. Second, the belief that waging a full-fledged war against fraud will foot a sizeable part of the bill. Third, discounting that fresh taxes will meet their targets. Such bets are prone to fail inducing a deficit close to the one disclosed for this year: 2.7 GDP.

Thus, Spain may become increasingly vulnerable to market unrest. The interest rates for its bloated public debt are already climbing and may deliver nasty surprises should turmoil in the Eurozone start to unravel. Italy is coming these days under heavy fire for trying to ditch its fiscal commitments. Spain could become the next victim for failing to deliver enough confidence.

While proving unable to wrap up a solid budget, the Spanish government is entering dangerous territory by making promises that prove unsustainable in the long run. Rising pensions and minimum wages beyond reasonable limits stand as palatable hooks for voters. Yet, they hardly match pressing economic needs such as securing productivity gains and reducing the huge pile of outstanding liabilities. Like most governments, the Spanish Cabinet seems inclined to pay more attention to winning the next elections than to undertake prudential policies. Short-term goals always prevail over long-term benefits. That’s day-to-day life, after all.