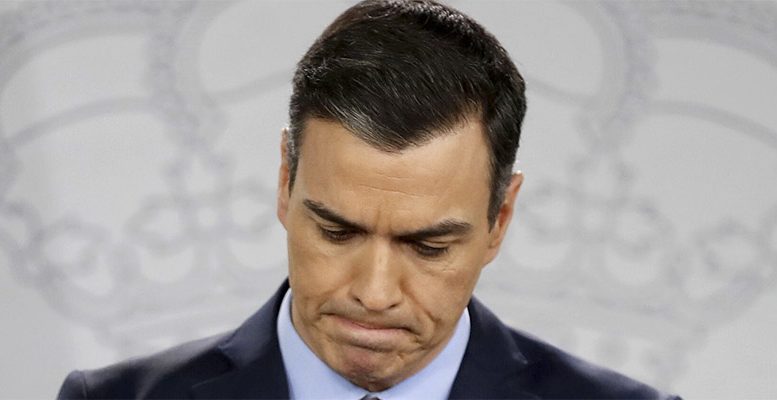 A total of 255 personalities have signed a manifesto against the government in which they criticise the recent reforms it has carried out to the Penal Code and the attempt to modify the system of election of the Constitutional Court, warning that the regime of freedoms could fail if this governmental and legislative dynamic continues.

The manifesto calls on the PSOE to recover its historic project, which led it to contribute to the drafting and backing of the 1978 Constitution, and urges many socialists, now “silent”, but who are “alarmed by this process of desertion of their constitutional commitments”, to raise their voices.

They warn that the government coalition, chaired by Pedro Sánchez and supported by the pro-independence groups, “has broken the historic project of the PSOE” committed to complying with the letter and spirit of the 1978 Constitution. They add that the Government’s decisions, which include Podemos -which proposes a plurinational model of a confederal nature- “coincide with the Basque and Catalan secessionists’ intention of flagrantly breaking the Constitution”. “If these proposals were to prosper, we would be on the verge of a process that would end up destroying the Spanish political nation”, they warn.

The text adds that in accordance with this “destructive logic”, legislative initiatives are being produced that favour a “mutation that transgresses the separation of powers, deprives the Cortes Generales of their democratic primacy, deactivates essential attributions of the Constitutional Court and suppresses qualified majorities and quorums in the General Council of the Judiciary, breaking the system of unrenounceable counterweights that guarantee the democratic authenticity of our Magna Carta”. Thus, they cite as an example the “impunity granted, by means of ad hoc laws, to those responsible for the seditious acts in Catalonia in September and October 2017”. In this way, they claim that “the integrity of the Constitution is criminally unprotected and the principle of generality of legal norms is undermined”.

They also cite the attempts to reform the organic laws of the Constitutional Court and the Judiciary, by means of a bill that “circumvents the technical advisory reports, deprives the institutional system of technical-legal controls and allows the parliamentary majority to favour a process of demolition of the Constitution, as well as of the block of organic laws that develop it”.

The signatories affirm that this “technique of emptying constitutional principles and rules is typical of democracies that, initially liberal, are perverted to become illiberal regimes”. The manifesto warns that passivity and indifference are “incompatible” with the responsible exercise of citizenship and believes that those who marginalise themselves by feeling alienated from events will discover too late that “they have taken the path of voluntary servitude”, given that a “strong movement is growing in the West and also in Spain that hands over democratic powers to supposedly populist leaders and systems”.