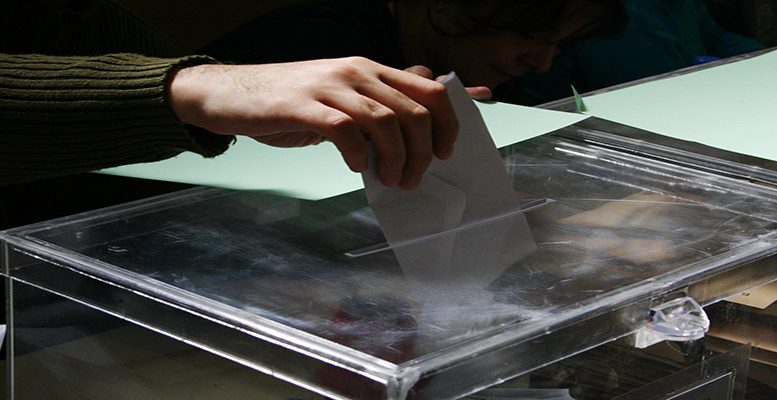 So off he goes. Mariano Rajoy, the man nobody could move, Spain’s political pachyderm, has been unseated. During his nearly seven years in power an aura had built up around the Galician: that no matter how bad things got he would survive; that his Jedi-like impassivity would protect him from the tumult all around.

But that, as the political scientists might say, is complete baloney. In the end all it took was a swift and audacious parliamentary no-confidence motion by Socialist Pedro Sánchez, which ultimately flourished due to the backing of the Basque Nationalist Party.

These have been a chaotic few days. But the developments leading up to the June 1 no-confidence vote that removed Rajoy were a shot in the arm for Spanish democracy at a time when it was looking decidedly ragged round the edges.

Rajoy and his Popular Party (PP) leave a shabby legacy. The economy, in such trouble when he arrived, has been stabilised, although inequality has grown and the social scars of the recent recession run deep; the Catalan issue proved to be beyond Rajoy’s rigid, political abilities, leading to a full-blown political crisis; historical memory has been swept under the carpet; the separation of powers has been assiduously chipped away at as the PP has questioned everything from the credibility of court decisions to the legality of new political parties when it suited; a new climate of legalistic overreaction has been created, cultivated by legislation like the Ley Mordaza; and then there is the corruption.

Before Sánchez announced his bid for the premiership a few days earlier, the notion seemed to have taken hold that corruption was simply a fact of Spanish political life. The scandals mounted up, particularly for Rajoy’s PP but also for others, yet the consequences (and resignations) were few and far between. Rajoy’s ouster challenges that notion.

But during the no-confidence debate there was still plenty to unsettle the onlooker. Apart from anything else, there was Rajoy’s weird insistence on taking refuge in a restaurant for eight hours on the day of debating before the vote, leaving his congressional seat empty, except for a bag.

Even more troubling for me than Rajoy’s marathon lock-in was the following comment he had made during the debate itself: “The PP is not a corrupt party […] Perhaps that’s why voters trusted us in 2011, 2015 and 2016.”

It was an echo of something he had said days earlier, when a journalist had asked him if he felt his credibility had been undermined by the recent high court sentence explicitly linking the PP to institutional corruption. “Who has more credibility?” he shot back. “The leader of a party with 84 seats or the leader of a party with 134?” Those 84 seats, of course, belonged to the Socialists, while the 134 were his.

This fixation with electoral numbers is one of the most unhealthy obsessions of contemporary Spanish politics. It’s a mindset that places enormous emphasis on victory at the ballot box, in the belief that it will bring with it not just political power, but moral righteousness.

Take a look at Valencia, the region that perhaps most robustly represents the excesses, kickbacks, and general pilfering by the political class during Spain’s bonanza years. The recent arrest of former PP Valencia president Eduardo Zaplana for alleged money laundering follows investigations into the activities of his successors, Francisco Camps and José Luis Olivas.

“All Valencians owe me something,” Camps once said when questioned about his suspected links to the Gürtel corruption ring. “They acknowledge my efforts.”

So much sinister baggage is packed into that phrase that you wonder if the state prosecutors shouldn’t use it as part of their evidence in the Gürtel probe.

Camps and his colleague Carlos Fabra, president of the deputation of Castellón before he was jailed for four years for tax fraud, are both credited with another telling phrase: “The ballot box will absolve me.” And who could blame them for saying that? For many years it seemed as if voters, by ticking a certain name on a piece of paper which they dropped into a box, were indeed absolving Fabra, Camps and the PP in general of any wrongdoing in their Mediterranean fiefdom.

Perhaps it’s fitting, then, that when defeat came for the PP it wasn’t via elections, but through a parliamentary karate kick.

But it’s important to point out that this ballot box mania is not exclusive to the PP. It is of course at the heart of many of the recent corruption cases involving the likes of Convergència/PDeCAT or the Socialists, in Catalonia and Andalusia respectively, areas where they have managed to hoard power through successive election victories.

Yet the idea that voting is the be-all and end-all, to the extent that other democratic niceties fall by the wayside, has also, arguably been at the heart of the ongoing Catalan crisis.

In 2015, the Catalan government held a plebiscite on independence from Spain, using a regional election as its framework. Pro-independence parties narrowly won a majority in the regional parliament, giving them, they claimed, a mandate to push ahead with a roadmap to independence. Yet it’s not hard to argue that they actually lost the plebiscite, having won only 48 percent of the popular vote (although some secessionists performed extraordinary logistical gymnastics to argue that 48 percent, in this case, did represent a majority).

Then, in September of 2017, pro-independence parties used their majority to steamroller legislation through the regional parliament, laying the groundwork for the October 1 referendum and refusing to allow the opposition, who represented around half of Catalans, to present amendments. No, it wasn’t democracy in action, but the fervour driving the idea of a referendum — the epitome of democracy, many claimed — was too much. The ensuing referendum saw an overwhelming result in favour of independence, but a turnout of only around 40 percent. The Catalan parliament decided, a few weeks later, that this was enough to declare an independent state.

In any democracy voting is, of course, crucial. But there is so much more to it than simply casting a vote. If democracy is a car, then voting is the annual revision, the MOT; but the machine still has to be maintained and cared for, in the same way that state institutions and opposing views have to be respected. Rajoy and the PP didn’t seem to understand, or care for, that fact. But they’re not the only ones.

*This article was originally published at Guy Hedgecoe’s blog