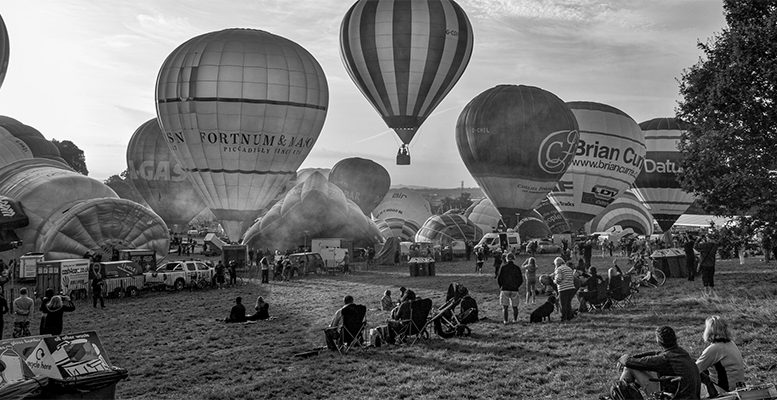 Peter Isackson |US President Joe Biden’s approval ratings have remained consistently positive since his inauguration in January, inspiring hope among his supporters and the liberal media that he can fulfill at least some of his campaign promises. With extremely thin majorities in both houses of Congress, Biden has to be sure that the “moderates” in his party follow his lead. The term “moderate Democrat” designates the type of elected official who wins office in a Democratic district but possesses a mindset in line with conservative Republican ideology. In particular, such people tend to reject anything that reeks of excessive spending or may create pressure to increase taxes.

But that is not all. One of Biden’s most intimate advisers during last year’s election campaign, economist and former director of the National Economic Council under President Barack Obama, Larry Summers, has been leading a vociferous campaign opposing Biden’s policies on the grounds of a lurking danger of inflation. He fears that the combined effect of COVID-19 relief and an ambitious infrastructure project accompanied by diverse social reforms will stretch the economy to the point of triggering uncontrollable inflation, the bugbear of traditional politicians. Biden may want to be remembered as the new Franklin Delano Roosevelt. Summers appears to be inspired by the thinking of FDR’s predecessor, Herbert Hoover.

Hoover was the president on whose watch the 1929 stock market crash occurred. Historians have identified excessive leveraging and the inflation of asset prices as the main contributing factor to the 1929 crash that marked the end of the Roaring ‘20s. That sobriquet for a decade that followed World War I and left in its wake the Great Depression reflects the wild optimism that reigned at the time. The US had survived a “war to end all wars” and now embraced what President Warren G. Harding called “the return to normalcy.”

Proud of their role in ending Europe’s war, Americans — though deprived of alcohol that had been banned in 1919 by a constitutional amendment — interpreted normalcy as an open invitation to self-indulgence. Throughout that roaring decade, the stock market reached for the ceiling before crumbling to the floor in 1929.

To avoid the mistakes that led to depression, politicians have since crafted their preferred ways of fending off imminent disaster. They called the latest trick, perfected after 2008, quantitative easing (QE), a fancy name for the printing of money gifted to banks and corporations skilled at keeping it out of the reach of ordinary people. Quantitative easing magically inflated asset prices with little effect on the consumer index, a phenomenon all politicians gloried in for two reasons. First, it avoided consumer blowback against price-tag inflation. That always puts voters in a bad mood, threatening prospects of reelection. Second, QE meant that there would be unlimited cash available to corporate donors to finance their political campaigns.

The COVID-19 crisis arrived at a point where interest rates had fallen to close to 0% and in some cases had gone negative. The encouraging news concerning effective vaccines at the end of 2020 gave hope of a rapid return to Hardingesque normalcy. But today, things have become more complicated. The new Delta variant of the coronavirus threatens the optimists’ vision of a prosperous post-pandemic world. Add to that the raging debate about spending trillions to implement the long-delayed response to a crumbling infrastructure in the US and it becomes clear that many now doubt the likelihood of a smooth transition to a new normalcy, in which the market’s productive forces, guided by an invisible hand, will solve problems on their own while government spending is reined in.

The question arises: Is it reasonable to print money to solve otherwise unsolvable problems? Larry Summers says it will provoke inflation. Janet Yellen, Biden’s treasury secretary, disagrees: “Is there a risk of inflation? I think there’s a small risk. And I think it’s manageable.”

Nobel Prize-winning economist, New York Times columnist and loyal Democrat Paul Krugman confessed this week that “while I’m in the camp that sees the current inflation as a transitory problem, we could be wrong.” He thus acknowledges that the threat of inflation is real while reiterating an optimism similar to Yellen’s. Consistent with The Times’ editorial line, he aligns with the president’s political agenda of Biden in his quest to be remembered as a second FDR.

Some have asserted that Summers’ bitterness about not having been handed the job of treasury secretary explains his loud complaining about the danger of inflation. But Summers may have missed the real threat facing the economy, just as he misjudged not only the situation in 2007 but even the Asian crisis in the 1990s. “In terms of judgment, in forecasting his record has been atrocious,” according to Joseph Stiglitz. But does that mean Yellen and Krugman are correct?

Theron Mohamed, writing for Business Insider, cites a number of experts who beg to differ, including Michael Burry, who famously predicted the 2008 crash and became the hero of the book and film, “The Big Short.” These market analysts see something far worse than inflation in the offing. According to Mohamed, “Michael Burry and Jeremy Grantham are bracing for a devastating crash across financial markets. They’re far from the only experts to warn that rampant speculation fueled by government stimulus programs can’t shore up asset prices forever.”

Whereas Summers and Krugman are debating possible effects on the consumer index, Burry and Grantham are talking about a market meltdown, possibly a new depression. And they dare to designate the true villain: the obsession with shoring up asset prices.

A recent study documented by Yale Insights points to a historical constant that exists despite radically changing market and regulatory conditions. “Downward leverage spirals are believed to be one of the main triggers of the 1929 U.S. stock market crash,” professor Kelly Shue points out. “Leverage-induced fire sales were also a contributing factor to the 2007-2008 financial crisis in the U.S.” She adds that the same phenomenon underlay the Chinese stock market crash in 2015.

Measures taken with the intent of avoiding a depression have paradoxically aggravated the conditions that may result in a monumentally devastating depression. The intention of the Treasury and the Fed to employ quantitative easing to “shore up asset prices forever” contains one significant error: the belief in “forever.” It parallels the belief of every administration since George W. Bush — now for the first time called into question by Biden — that American wars can also be carried on forever.

The link between the two may be more direct than most people recognize. Military investment and activity have become the core of the US economy. Bloated defense budgets are today’s “pump priming.” Wars keep a cycle of investment alive that nourishes not only industries that directly benefit from defense procurement but more broadly the entire technology sector, which has become the locomotive of the civil economy.

The problem may even sink deeper into the structure of the US economy. Robert Kuttner recently unveiled a “dirty little secret of the recent era of very low inflation.” He believes that “the prime source of well-behaved prices has been shabby wages.” Citing “outsourced manufacturing, gig work, weakened unions, and a low-wage service sector,” he notes that the economy’s very real gains from productivity growth have all “gone to the top.”

When nearly all incremental wealth is tied up in assets that may come tumbling down at any moment, nobody is secure. After the crash, the rich will lament their losses and their inability to rebuild. Millions will lose their gig work and below-survival wages in real jobs with no hope for a rebound. And with COVID-19 still creating havoc and climate change more and more visibly aggravating its effects, the problem of inflation we should be most worried about is the verbal inflation of experts who believe their discourse is capable of shoring up a failing system.