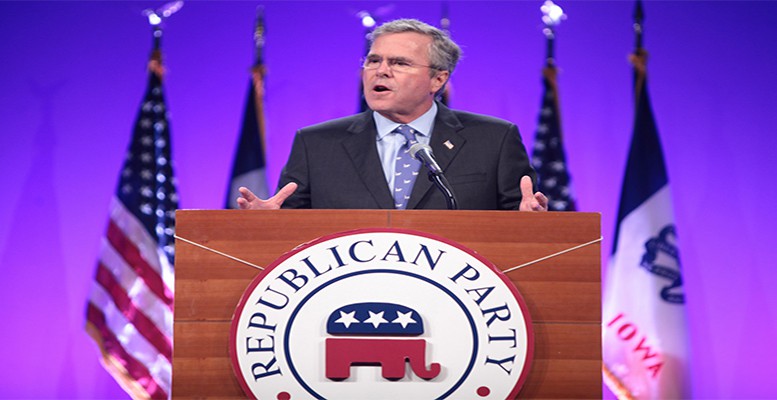 GOP presidential hopeful Jeb Bush has generated some blog-blabbing on his pronouncement that the U.S. GDP could and should grow at 4% real annually.

No doubt Bush has some good and some GOP ideas on how to get to 4% real growth, starting with cutting taxes on the rich and specific regulations disliked by GOP campaign contributors, although eliminating federal ethanol diktats or economically parasitical defense spending will never be mentioned.

But Bush has another, even larger hurdle than partisan impediments to clear on his race to 4%: The Federal Reserve Board.

Forgotten today is that the U.S. economy did expand by 20% in four years in recent history—the four years following the 1976 recession. Arthur “Print More Money” Burns was Fed Chief, and he thought U.S. inflation was baked into the cake, and so all he could do was promote growth. Burns got inflation too.

It is easy to dismiss Burns, but in fact he faced an economy far more inflation-prone than today. Unions were huge, international trade was small, banking was rate-regulated, transportation was rate-regulated, telecommunications was rate-regulated. Even stockbroker commissions were regulated. Big Steel, Big Autos, Big Aluminum, Big Labor defined the economy. USDA dictated crop prices. The minimum wage was higher than today in real terms, top marginal tax rates were at 90%, and there was no Internet and its price-searching or market-making.

So, when Burns stepped on the pedal, yes he pushed real growth north of 4% annually, but he did obtain double-digit inflation also.

But as the intervening years have shown repeatedly, today the U.S. economy is not inflation-prone. Indeed, the Fed can print up $4 trillion in QE, and still fall below its too-tight 2% PCE target—a target less than half the rate of inflation Volcker called low enough.

Jeb Bush: If you really want real 4% growth, think very, very carefully about who you appoint to the Federal Reserve Board. Monetary suffocation and 4% real GDP growth might happen, but it is doubtful.

Be the first to comment on "Can a modern economy generate Jeb Bush’s real 4% GDP growth? Yes, but not with tight money"