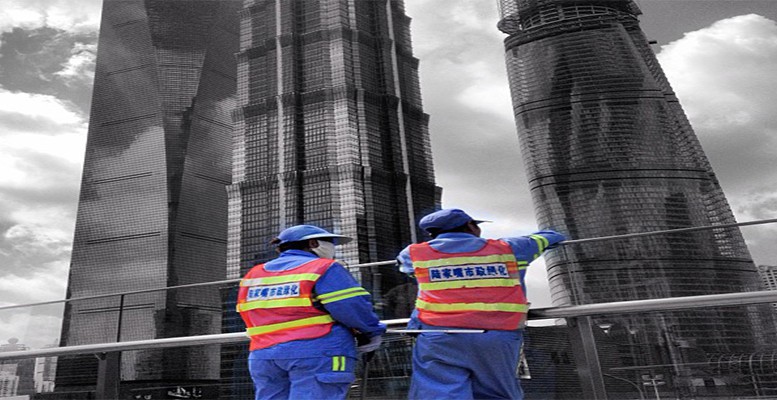 This led to a decline in imports and commodity prices, a rise in deflationary pressures and non-performing loans in the banking sector, and prompted the government to progressively ease property policies and loosen macro policies in support of growth. Trade surplus swelled, capital outflows increased, and China kept the USDCNY stable.

Adjustment in property construction only half way through

Recent policy easing has helped property sales recover, but destocking has continued amidst excess supply. We expect property starts to drop by 10-15% this year, weighing further on construction volume and property investment growth. In 2016, a balance in residential property may be restored, when new starts may stabilize (after having declined by 25% in 2014-2015) and sales grow by around 5%. However, construction volume will lag behind and continue to decelerate in 2016 and 2017 before stabilizing, weighing on China’s industrial activity and overall GDP growth to necessitate continued policy support. The recent property sales recovery has lowered the risk of a property-led hard landing in 2015, but does not change our GDP growth forecasts of 6.8% in 2015 and 6.5% in 2016 – which has already incorporated all the above.

Implications for the rest of the world

Commodity exporters and some regional economies may see further headwinds from China’s property construction downshift. Stronger DM growth in 2016 is expected to support Non-China Asia export growth somewhat. Chinese demand remains a key downside risk for Australia’s economy and the RBA & AUD outlook in the near term. Some Latin American countries like Chile have managed to buffer the impact of weaker China demand with countercyclical fiscal policies, but an alternative way for the region to mitigate the impact of lower commodity prices has also emerged in the form of Chinese FDI and financing.

Implications for commodities, equities and other assets

We think recovery in property sales is positive for Chinese equity in general but negative for smaller stocks. Neither does weak construction bode well for the material sector. Chinese developers are pursuing asset-light strategies in order to lift ROE and going forwards will rely more on cheaper onshore funding. Our top picks for Chinese developers are China Resources Land, Dalian Wanda, Greentown and Sino Ocean, partly due to their higher exposure to Tier 1&2 cities. Chinese banks most exposed to mortgages like CCB and BOC will benefit the most. Commodity-wise, we favour ones that are more geared to a property fit-out cycle in China or in markets with supply discipline/cuts such as cooper, nickel or mineral sands. In EM strategy, we recommend long CNH short AUD, long duration in countries with growth cycles linked closely with China’s, and Brazil fixed income instead of equity.

Be the first to comment on "Chinese bubble trouble: halfway through?"