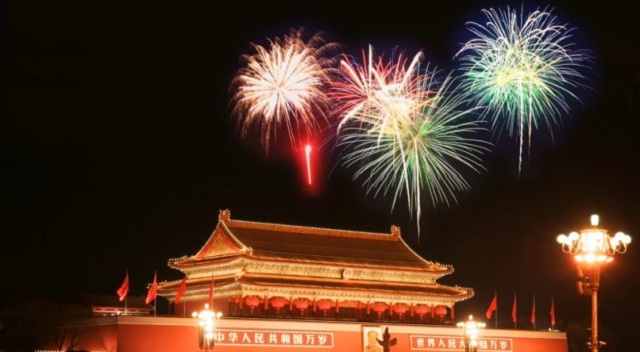 BEIJING | China’s political transition started at the beginning of November last year with the celebration of the 18th China’s Communist Party Congress. A long process that won’t end until Spring, when the leaders in waiting will formally take their posts. Meanwhile, the international community is entertaining itself speculating about which direction will China’s economy follow in the foreseeable future.

After spending months on the brink of a possible hard landing, Beijing ended the year by taking action. By mid-December, Chinese politicians and  leading experts gathered in the annual Central Economic Work Conference (CEWC). The summit not only set the economic goals and policies for 2013, but apparently it also showed a true commitment to economic reform.

Setting the goal of “fostering a sustainable and healthy development” was a move that was read by leading experts as China’s commitment to turn economic slowdown as an opportunity for change. Accordingly, the country will foster rural development, urbanization, education, health services, social security services, employment, environment protection and technological innovation. All of these issues are China’s greatest challenges. On top of that they’ll also mark the start of a new cycle which is expected to stimulate the economy and ensure sustained growth. Should they rigorously follow the new plan, China would be starting the year embracing a new model that could be more sustainable in the long term. As the Chief Economist of China’s Bank of Communications, Lian Ping, explained “fostering urbanization, strengthening investment and consumption play a big role in promoting a sustainable and constant growth”.

Nonetheless, great social and economic inequalities could jeopardise the plans of making of internal consumption the main engine of growth. The figures released before the end of the year warned of the growing gap between the rich and the poor. A survey comprising 8,438 household, conducted by the Finance Research Institute of the People’s Bank of China and the South-western University of Finance and Economics, showed that in 2010 the country’s Gini Index was of 0.61 points. This index measuring worldwide income inequalities puts the world average mark at 0.44 points. Which means that China is actually one of the countries with more inequalities in the world.

Leaving figures aside, such a bad mark is likely to lead to social instability, something the Politburo deeply fears. Improving their quality of life would help to put an end to citizens’ need to be thrifty. According to the World Bank’s China director, David Dollar, “spending on greater inversion in education, health and social protection will stimulate the economy beyond making the Chinese families feel more secure”.

Too many factors are at stake. The online newspaper Caixin Online, in its editorial on the wrap up of the economic conference, stressed that the excessive monitoring of the economy, considered as “macroeconomic regulations, were in fact a form of micro-intervention that must change.” This interventionism (or even sometimes paternalism) inspired the outgoing Prime Minister, Wen Jiabao, when he pointed out China’s ability to “overcome difficulties” as part of his speech at the summit.  A convincing message that might be losing appeal. Specially now that exports are dropping and the West is suffering a protracted crisis.

The lack of opportunities is suffocating the population. Therefore those who have the means prefer to explore new frontiers. The International Migration Report 2012, released by the Centre for China and Globalisation (CCG) and the Beijing Institute of Technology’s Law School announced that in 2011 more tan 150.000 Chinese obtained citizenship abroad. They left China for god hoping to achieve a better life away from political repression, high levels of pollution and the lack of opportunities in their country. A diaspora that represents the Achilles Heal of a China that aspires to become the World’s Biggest economy in the next few years.

Be the first to comment on "China begins a new cycle"