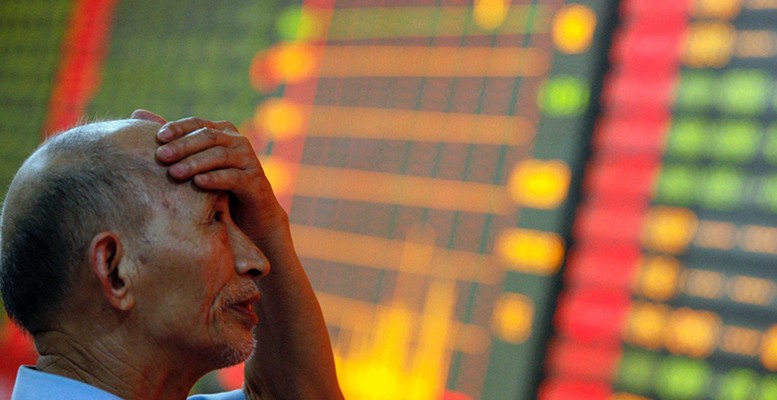 Liu Caiping and Han Wei via Caixin | Domestically listed Chinese stocks failed to make the grade for inclusion in a key emerging markets stock tracker after their third attempt in three years, as index complier Morgan Stanley Capital International (MSCI) said more time was needed to see if recent reforms to China’s market will be effective.

The decision marked a major disappointment for Chinese regulators and stock market boosters, who have been lobbying heavily for the MSCI’s inclusion of local stocks, known as A-shares. Such inclusion would not only add greater credibility to China’s stock markets, but could facilitate the inflow of billions of dollars in offshore funds that make their investments based on MSCI’s indexes.

China also sees the adding of A-shares to the index as an important step in opening the domestic capital market and making the yuan a global currency, as it would help attract capital from the world’s top institutional investors to the mainland.

In its latest decision, MSCI said it will “delay including China’s A-shares market in its Emerging Markets Index,” which serves as a benchmark for the pricing of assets worth US$1.5 trillion worldwide, according to a press release issued on early June 15.

China had made significant steps towards reaching the global standards necessary to be included in MSCI’s index, the U.S. company said. But it added that investors need more time to assess the effectiveness of improvements made in recent months to tackle factors previously cited as impediments to inclusion. Those include the allocation of quotas that allow big foreign investors to trade in China stocks under a program known as QFII, and capital mobility policy changes, as well as new trading suspension policies.

The MSCI also highlighted that a rule limiting foreign investors from repatriating more than 20 percent of their funds each month remains a significant hurdle for investors such as mutual funds, and must be satisfactorily addressed. Pre-approval restrictions on launching financial products is also an issue that remains unresolved, MSCI said.

MSCI said it will review China A-shares for possible inclusion as part of its annual review next year, but does not rule out a potential off-cycle announcement if further significant positive developments occur before June 2017.

“MSCI will monitor the implementation of the recently announced policy changes and will seek feedback from market participants,” said Remy Briand, MSCI Managing Director and Global Head of Research.

The MSCI began considering adding A-shares into its index in 2013 but twice put off approval before the latest decision.

In its last rejection on June 10 last year, the MSCI cited investor concerns including the lack of transparency in the investment quota allocation system, restrictions on capital mobility and a lack of clarity over shareholders’ rights.

In the year since that rejection, Chinese regulators have adjusted policies to address those issues. In February, the State Foreign Exchange Administration (SAFE) said in a guideline that fund managers were no longer required to apply for investment quotas in the Qualified Foreign Institutional Investor (QFII) system, which allow foreign investors to buy securities in China.

Instead, managers can operate under a new scheme linked to the size of assets under management. The foreign exchange regulator also reduced the time QFII funds must wait to transfer money out of China from one year to three months. But it requires them to do so in batches with a limit capping the amount of capital that could be repatriated at 20 percent of their investment in the mainland market each month.

To address concerns over shareholder rights, the China Securities Regulatory Commission (CSRC) issued two notices in May to clarify issues of beneficial ownership, which is crucial to the protection of investor rights.

To further clear the way, the Shanghai and Shenzhen Stock Exchanges on May 27 published separate guidelines to address investor concerns about regulatory loopholes that allowed listed firms to suspend the trading of their shares almost indefinitely on dubious grounds.

Many companies took advantage of the previous lax trading rules to stop investors from dumping their shares during last year’s stock market rout. Nearly half of all stocks listed on the A-share market were not tradeable as of July 8 last year, just a month after the market began a major correction. Many firms rushed to halt trading after sharp falls in their share prices, citing reasons such as unspecified reorganizations and major acquisitions.

Briand said Chinese authorities have demonstrated a clear commitment to bringing China’s A-shares market closer to international standards. But time is still needed to see if the new policies will be effective.

At a regular press conference June 15, CSRC spokesman Deng Ke said the commission agreed and supported the MSCI’s review on A-shares inclusion, adding the company’s decision will not affect the pace and direction of China’s capital market reform.

Guan Qingyou, executive director of Minsheng Securities’ research institute, said it is only a matter of time before A-shares are included in the index because China is becoming an increasingly strong force in the global securities market.

Even if the shares were included, the immediate impact in terms of foreign investments that would be attracted to the A-share market would be small, he said. But over the long term, as the weight assigned to A-shares increases, more capital would come into China.

Zhang Jun, director of research at Morgan Stanley Huaxin Securities, said the rejection had no substantive impact on A-share market, because fundamentals of the Chinese economy and the yuan’s exchange rate are the most important factors determining whether foreign capital flows into China.

The MSCI Emerging Markets Index consists of 23 countries representing 10 percent of world market capitalization, according to the company website.