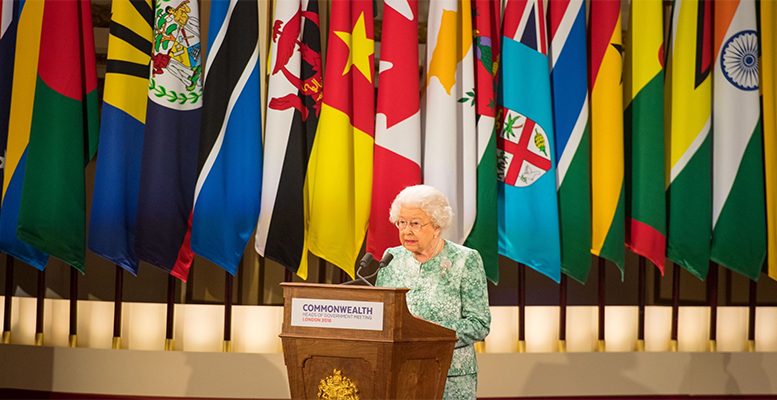 Amjad Saleem | In April, Britain hosted the Commonwealth Heads of Government Meeting, which was billed as the largest gathering of heads of states in the UK for a long time. Taking on the leadership of the Commonwealth is a boost for the country embattled in precarious Brexit negotiations and trying to reimagine its place in the world.

The summit set the agenda for a sustainable future, hosting a civil society forum, as well as forums for women, youth and business — and the UK found its job tricky. As the summit started, the British government was faced with the prospect of an embarrassing apology and a U-turn over the treatment of the Windrush generation — immigrants from the Caribbean who came to rebuild Britain after the Second World War, many of whom recently faced deportation by the Home Office.

If the UK thought that it could breeze into the chairmanship of the Commonwealth, it misread the signs. Britain, mindful of its colonial history, should be careful in how it displays humility in taking up the leadership of the Commonwealth amidst the challenges the organization is facing. The Commonwealth, to some extent, remains a voluntary space for countries to opt into, where everyone from the small island state of Vanuatu to the big three — UK, Canada and Australia — are equal.

One unique challenge for the Commonwealth will be climate change. Many of its members are small island states, and over the next few years they will face increasing humanitarian challenges as extreme weather events, like last year’s Hurricanes Irma and Maria, become more frequent. Leadership toward responding and making communities more resilient to climate change will need to be balanced with sustainable development.

Many countries within the Commonwealth are rapidly developing, meaning they will face the challenge of “people, cities and resources.” The world’s population passed the 1 billion mark in 1810, doubled in the next hundred years, and by 2010 hovered around 7 billion. The projection for 2030 is 9 billion. But the issue here is not pure numbers — it’s resources. When the global total reached 1 billion, just 3% — 30 million people — lived in cities. Today, the world is 50% urbanized, meaning that 3.5 billion people live in metropolitan areas.

While urbanization is by no means bad per se, it provides a different set of issues to contend with. The prospect of shadow economies, political violence coupled with the relentless drive for money and status, manifesting itself in gang violence, creates reasons for concern. Some of the urban violence coming out of Johannesburg and Nairobi showcases the challenge of rapid urbanization, while many of the small island states in the Caribbean or the Maldives struggle with gang violence, especially among the youth population.

The Commonwealth is also not immune to the global migration crisis, which has seen the highest number of displaced people and refugees since the end of the Second World War. As the UNHCR reports, an unprecedented 65.6 million people around the world have been forced from home. Among them are nearly 22.5 million refugees, over half of whom are under the age of 18. These demographic changes are putting new stresses on how we engage with and exclude each other as societies across the world are seeing a backlash of racism and xenophobia.

Yet the Commonwealth offers opportunities to bridge those gaps, given its shared history. The Civil Paths to Peace report by the Commonwealth Commission on Respect and Understanding suggested a framework for all stakeholders — government, media, civil society, business and so on — to explore the complexities around violent behavior and its causes, putting forward ways of building dialogue between communities in the Commonwealth.

The report addresses the narrowing space for civil society and asks for its mobilization to confront violence as well as engage in the process of democracy. It includes the removal of gross economic inequalities, social humiliations and political disenfranchisement that can contribute to generating confrontation and hostility. It calls, in effect, for an integrated approach to dealing with all economic, social and cultural issues that are related to conflict.

The concept of developing respect and understanding is further cemented by the Nobel laureate, professor Amartya Sen, in his book, Identity and Violence, the premise of which states that the key to good citizenship and social cohesion is the encouragement and retention of multiple identities. People have several enriching identities: nationality, gender, age and parental background, religious or professional affiliation. They identify with different ethnic groups and races, towns or villages they call home, sometimes football teams; they speak different languages, which they hope their children will retain, and love different parts of their countries.

It is the recognition of this plurality and the searching for commonalities within this pluralism that will lead to greater respect and ultimately understanding and acceptance. Thus, these new solutions will have to challenge people to accept diversity and create equal opportunities for multicultural communities, ethnicities, traditions, cultures and faiths. The new solutions will also have to take into account the existence of multiple identities that add a richness and variety to diversity and pluralism as part of a common wealth that needs to be celebrated in the global civil society and integrated into life as a positive force for development.

Addressing this, the Commonwealth Commission argued for more dialogue and discussion on the richness of human identities and the counterproductive nature of placing people in rigidly separated identity boxes, linked with religion or community. At the 2007 Commonwealth People’s Forum in Kampala, Uganda, civil society leaders called for “the creation of an enabling environment to foster: unity in diversity, where there would be respectful and meaningful dialogue and collaboration between people with different identities and values; and practical grassroots action and community linking partnerships to build peace, prosperity and well-being for all Commonwealth Citizens.” This was very much in keeping with the Civil Paths to Peace mandate for an engaged process toward respect and understanding.

A decade later, the UK government has an opportunity to revisit these principles and create an environment to foster the knowledge and engagement needed for a sustainable future to be created. It must understand that there are lessons to be learned from, as well as provided to, the Commonwealth. It must first start by accepting that there has to be a space for different voices to be heard within the organization, be it the youth, women, the private sector or civil society. The latter in particular is an integral part of the Commonwealth DNA, providing not only dialogue, but also dissonance.

In an era of shrinking civil society space worldwide, Britain should champion the role of civil society globally, seeing it as a partner and not a service provider or instrument of foreign action. There is much to be done to reclaim the basic rights being lost in the clampdown on civic space or even the rights being lost in a digital world. Post Brexit, the UK has to battle the rising tide of populism to respond to the weakness of democracy and use this as an opportunity to reimagine what the Commonwealth can be: not just a club for former British colonies, but a vibrant space for innovation and thinking, with a youth dividend that is multicultural, multi-ethnic and multi-religious, that can pave the way for what diverse societies could and should be — based around partnerships and sharing.