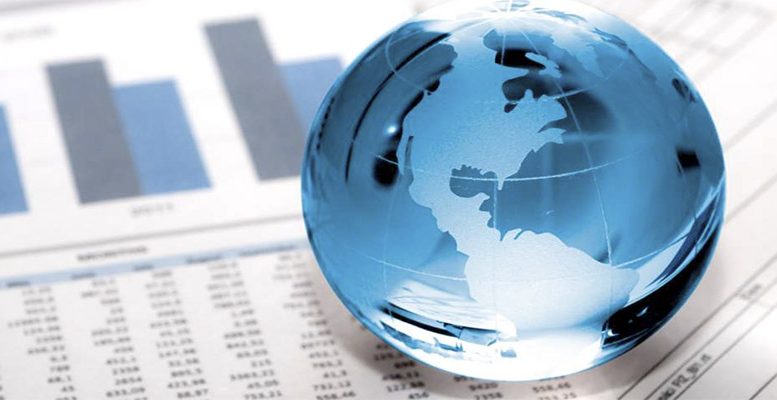 Irina Topa-Serry (Senior Macro Economist AXA Investment Managers) | The COVID-19 crisis is currently unfolding in emerging markets (EM). So far, they appear relatively less affected than their advanced economy neighbours such as the Eurozone or the US. But for some, it may be because they are only just entering the acceleration phase of the epidemic. For others, it may be because lockdown measures were implemented at an early enough stage, as seen in Slovakia. On a hopeful note, it may also reflect the demographic structure of some developing countries. For instance, slightly more than half of Africa’s 1.3bn population is under 19 years of age, versus just a fifth of Europe’s 740m inhabitants. At the other end of the scale, a quarter of Europeans are above 60 versus a mere 5% of Africa’s population.

There may also be a climate aspect – at times put forward albeit with still no concrete scientific evidence – hinting that the virus may be less virulent in warmer climates, which would make the southern hemisphere less vulnerable to the outbreak. It may also be that the continent has been tested so many times with various epidemics that its handling mechanisms (information processes and implementation measures) are more battle-tested. Or, on the bleaker side, it may reflect less diagnosis and recorded deaths. At present, Russia, Brazil and Turkey have become the hot spots with around 150,000 to 290,000 cases recorded.

With a typically weak healthcare infrastructure, developing countries have no real alternative to fight the epidemic, other than by imposing drastic lockdowns to limit the spread of the virus. Unsurprisingly, health infrastructure is often a function of a country’s wealth. India’s and South Africa’s stringent lockdown measures appear therefore wise in this context.

Facing multiple, simultaneous shocks
Whether imposed in advanced or developing economies, stringent lockdown measures have proved relatively successful in limiting the global spread of the epidemic so far. Measures to gradually end these lockdowns are presently envisaged in many countries and their success rate is, at this stage, still uncertain. Yet, the economic cost of these lockdowns is certain, given they have triggered a global recession.
Lockdowns affect population mobility, domestic spending and investments, which collectively will cause a significant internal shock. The duration and stringency of the lockdown measures themselves almost mechanically affect domestic activity as multiple sectors and industries are put into hibernation, with the services sector the most severely hit.

Aside from the direct effect of the multiple lockdowns, developing countries also face a heavy external shock. As advanced economies have also locked down their own economies, to cope with the pandemic internally, their import demand has plummeted, and some sectors such as tourism, have vanished completely.
Such a shock can disproportionately impact more open-economies with direct export, global supply-chain links and tourism, such as much of Asia or Turkey. At a time of peak external debt repayments (designed to match seasonal tourism inflows), Turkey is currently facing external financing issues. Manufacturing surveys show readings at their lowest on record in Mexico and Brazil. Less open economies such as India are feeling the pain too, as depicted by April’s PMI survey which showed manufacturing and services and new export orders declining to their lowest levels on record, as international demand collapsed. Our inhouse trade barometer for EM exports to advanced economies shows a significant shock from the external demand side.

In addition, a terms of trade shock – triggered by the large drop in commodity prices, most notably oil – is weighing on exporting regions including the Middle East, Russia, Nigeria and Algeria. This has nevertheless had a positive effect for the big commodity importers like Turkey, India and South Africa, which may feel less financing pressure for their trade/current account balances.

Additionally, weakness in commodity prices will depress inflation measures in the coming months, giving more policy space to central banks for monetary easing. Our estimates based on a panel of fourteen EM countries between 1996 and 2019 suggest that a 10% decrease in the oil price, shaves 0.9% off the annual inflation figure in the year after the shock. Given country heterogeneity among EMs, stemming from the different shares of oil in the consumer price basket, and different inflation targeting regimes, it is interesting to look in detail at specific countries. We found that the highest pass-through from oil prices to domestic inflation rates are to be seen in Latin America, with Colombia, Brazil and Argentina most sensitive, as well as in Russia and India.
Finally, the COVID-19 crisis had triggered a financial shock in emerging markets resulting from massive foreign capital outflows. According to the International Institute of Finance (IIF), some US$100bn worth of EM assets were sold in a matter of a few weeks – already exceeding full-year 2019 inflows. The financial crisis has pressured countries relying on portfolio flows to finance their current account deficits. Coupled with falling commodity prices, a dependence on tourism and remittances, capital outflows can trigger significant external stress for the most vulnerable, which may eventually require multilateral help.

The recent dollar liquidity squeeze was particularly worrisome. The US Federal Reserve (Fed) extended currency swap lines to several EM countries’ central banks, including Mexico, Brazil and South Korea. But many other emerging and developing countries may nevertheless be hurt by dollar shortages, which in turn could trigger an outright balance of payments crises for countries with insufficient currency reserves.

To this respect, the International Monetary Fund (IMF) has promptly responded to the current crisis by providing emergency financing lines to combat the coronavirus crisis in the poorest member countries. Requests from over 90 countries are currently being assessed, while emergency facilities have recently been doubled to meet the expected demand of about $100bn in financing while the lending approval processes reached record speed. Immediate debt relief to low-income countries affected by the crisis has been granted to create space for spending on urgent health needs rather than debt repayment.
Policy actions to pave the way to recovery.

The extent of the recession ahead for EMs is still difficult to assess. It will depend on the depth of the recession in advanced economies, on the duration and level of the pandemic crisis within each country – and on a global level, on the effectiveness of the lockdown measures implemented. In addition, the various measures and policy actions implemented by local administrations to manage these health and economic crises will also have huge influence. There is a high degree of uncertainty surrounding our estimates. At this point, we would expect EM GDP growth to contract in 2020, with Latin America and EM Europe down by at least 6.5% and -1.3% for Emerging Asia ex-China.

The recovery path will be most important to focus on. To start with, the EM growth picture was already rather weak before the health crisis. Global trade was under pressure and the US election timeline leaves little hope for a de-escalation in trade tensions this year. The external backdrop is likely to remain lacklustre. Additionally, financial conditions have tightened significantly. Policy actions will therefore be central in managing the recovery path.

In its last Fiscal Monitor, the IMF assessed that countries around the world have taken fiscal actions amounting to about $8tn. So far, policy responses in emerging countries have been less than those seen in advanced economies. There is generally less fiscal space, and some countries announced fiscal packages which were merely a reallocation of spending within budgets. Still, budget balances will be affected by both weaker growth – and thus weaker government revenues – and discretionary measures taken in the face of the crisis. An additional burden on fiscal balances will be hitting oil producers given the big slump in prices, although as noted this will be a relative boost for oil importers.

All in all, 2020 primary balances are expected to reach a deficit of 6% of GDP on average across emerging markets- –from a primary deficit of less than 2% last year – with Saudi Arabia, South Africa and Brazil being the most severely hurt. While government debt levels will soar, albeit by less than in advanced economies, there is always a concern for EM debt financing ability given the borrowing costs, which usually rise in times of crisis. We remain concerned by the possible debt trajectories of Brazil, South Africa and India in that respect. The rise in debt in oil producing countries such as Ghana and Kenya will also require significant post-crisis fiscal adjustment.
In this context, monetary policy takes centre stage. Emerging market central banks have responded in an unprecedented way by providing material monetary accommodation. Since the start of the year, central banks around the globe cut key interest rates 148 times by a cumulative 12,488 basis points, with Argentina (-1700bps), Ukraine (550bps) and Pakistan (425bps) at the forefront among the bigger developing countries. Of course, the oil price drop, as well as global disinflation caused by the current demand shock has provided the space for EM central bankers to cut rates. But this is an unprecedented response from a historical perspective. During past crises, which all manifested in the significant depreciation of EM currencies, central banks hiked interest rates to stall currency weakness by limiting portfolio outflows. Presumably, most emerging markets are now less dependent on external financing given the massive issuance of local currency debt in the past years.

Still, currencies have been depreciating significantly and yet central banks have opted for massive easing. By doing so, EM central banks are trying to stabilise domestic balance sheets – i.e. households and domestic corporates – and not protecting their capital accounts. Their aim is to protect growth while being less focused on FX. Aside from cutting policy rates aggressively, some central banks took various other policy actions from bond buybacks to liquidity operations, and some will implement quantitative easing (QE) programmes, as has been the case in Hungary, South Africa and more recently Brazil.

These measures are aimed at securing as much growth potential as possible. But will this fiscal and monetary stimulus eventually work? The jury is still out. The increase in debt caused by the pandemic measures will inevitably dent EM balance sheets. The fiscal efforts to keep debt trajectories in check vary from one country to another, but some may require sharper adjustments that can only be handled if a healthy growth cycle resumes post crisis.