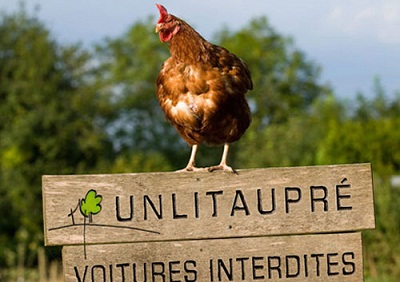 By CaixaBank research team, in Barcelona | In spite of an improvement in the economic climate in February and March, available indicators point to stagnation in the first quarter of 2012, representing a slowdown compared with the 0.2% quarter-on-quarter expansion in GDP posted in the last quarter of 2011. We have kept to our forecast of very modest growth for the whole of 2012 due to the situation of some of its trading partners in the euro area, to the competitiveness problems the country has accumulated and the effects of spending cuts.

However, depending on how the debt crisis evolves in the peripheral countries of the euro area and oil prices, there could be some slight deviations from our projection, either upwards or downwards.

From the point of view of demand, household consumption in the first quarter appears quite contained, partly due to adverse expectations regarding trends in the labour market and the persistence of inflation. In fact, the meagre growth in GDP has led to a decline in employment and a rise in the unemployment rate, standing at 10.0% in February.

For its part, inflation held steady at 2.3% in March. In February, household consumption of manufactured goods rose by 3.0% in terms of volume compared to the previous month, seasonally adjusted and corrected for calendar effects, but this was mostly due to the increase in energy costs due to a cold spell. The consumption of goods not including food or energy rose by 0.9% compared with January, although automobiles fell by 0.8%.

On the supply side, industrial production posted a month-on-month increase of 0.3% in February due particularly to the effects of the bad weather, as manufacturers posted a drop of 1.2%. In terms of new orders, the short-term outlook was one of maintenance. In general, the climate was better in construction although this weakened slightly in March. With regard to services, activity speeded

Do You Text Your Ex Boyfriend Back

up in the same month thanks to transportation and engineering activities.

Looking at the foreign sector, at the start of the year goods imports were more dynamic than exports, with the consequent worsening of the trade deficit, partly due to the bad winter weather. In the period of December-February, exports were up 1.2% compared with the previous three months while imports rose by 1.5%. However, compared with the same period a year ago, the 6.9% growth in exports, encouraged by demand from outside the Monetary Union, was higher than that of imports, namely 5.0%.

On the other hand, private sector credit continued its tendency to slow up. Its year-on-year rate of change stood at 3.2% in February, half a point less than in January. This slowdown affected both firms and households. However, non-financial firms offset this by issuing more debt, so that their year-on-year rate of indebtedness remained at 6.1%.

Lastly, the public deficit for 2011 was 5.2% of GDP, half a point less than the target set, in spite of lower economic growth than expected. This was achieved both by a rise in revenue and by moderating expenditure, which stabilized in volume terms for the first time since 1960. Because of this success in France's 2012-2016 Stability Programme presented in April, its target for 2012 was lowered by one tenth of a percentage point to 4.4% of GDP, keeping the target of 3.0% for 2013 and 0.0% for 2016. On the other hand, public debt increased to 85.8% of GDP by the end of 2011, 3.5 points more than in the previous year.

However, the questioning of the austerity policy promoted by the European Union by François Hollande, the winner, albeit by a small margin, in the first round of French presidential elections on 22 April, who proposed delaying the achievement of a balanced budget until 2017, introduced some uncertainty. The risk premium, measured by its spread with German long-term bonds, continued to rise in the last few weeks but was still below its record in November 2011, also reflecting tensions in other countries on the periphery of the euro area.