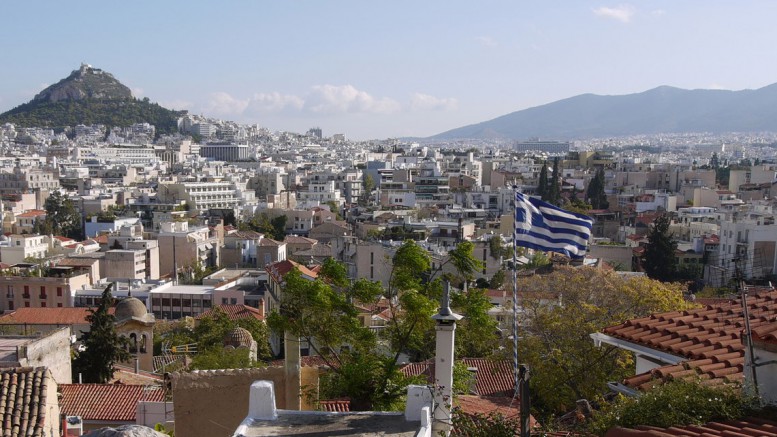 On the living conditions, the study showed a large increase of households living in houses built before 1960, with the respective share to total houses increasing to 12.3 percent in 2012 from 9.9 percent in 2008.

It is estimated that 1 million houses in Greece were built after 2000 but only 10 percent is inhabited.

The evolution of houses by type showed that the annual growth rate of detached houses eased by 0.2 percent in 2008-2012, apartments grew by 1 percent, while other type posted a double-digit annual growth of 14.4 percent.

Since this specific category includes huts, shacks booths and shops, the BoG study concludes that an increasing number of families are using homes of extremely low quality, while a number of households are living in their shops.

On home ownership, the study displayed that more than 60 percent of households (2.55 million) are homeowners without any mortgage. This is the highest reading among EU countries in 2012, well above the EU and eurozone average of 43.2 and 38.4 percent respectively and only comparable with that of Italy at 58 percent.

The number of own dwellings with mortgages showed a rise of 12.5 percent in 2008-2012. Taking into account that housing loans have been reduced over this period, the BoG study concludes that the positive growth rate concerns old housing loans for which either the payment has been extended or for houses that have been protected against foreclosure.

In addition, there was a growth of 10.2 percent between 2008 and 2012 in the number of homes being rented by owners to others for no fee.

Another interesting finding relates to the area of inhabited houses. Those below 40 square meters (sqm) showed an annual growth rate of 7.3 percent, whilst the respective rate for inhabited houses larger than 100 sqm posted an annual drop of 3.6 percent.

In terms of the number of rooms per person, Greece has the lowest ranking at 1.2, followed by Portugal and Italy, while the respective EU average stood at 1.7 for 2012.

The breakdown of households per income during 2008-2012 showed the dramatic burden on household disposable income from recession and austerity measures.

Be the first to comment on "Greeks living in smaller, older, poorer quality homes during crisis, BoG study shows"