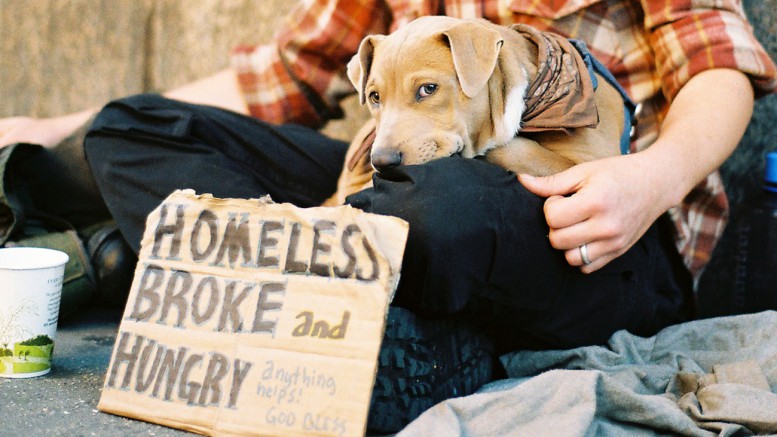 Homelessness is a chronic problem in the vast majority of the world’s countries. The problem is a difficult one both in its tenacity and its invisibility: The homeless are difficult to track by nature, as they lack permanent dwellings. Even coming to a single definition of what it means to be homeless is an impossible task. But no matter what angle we approach the problem from, even rudimentary estimates of the numbers and demographics of the homeless are severely disturbing.

The worldwide population of slum-dwellers recently broke 1 billion. Slum households compose 18% of the globe’s urban housing units, and over half the world’s slum-dwellers live in South Asia — mostly India, Nepal and Pakistan. In the near future, 95% of population growth in developing countries is expected to take place in urban areas, and without substatial affordable housing initiatives most of those extra bodies will end up in slums.

Numbers for the homeless in the developed world are equally troubling. Canada has only 14,000 beds for its estimated 250,000 homeless. Some 25% of the United States’ 700,000 homeless are children, 25% are veterans and 25% suffer from a mental illness. The United Kingdom, under strain from its own housing crisis, has taken brutal measures such as installing homeless spikes and cutting benefits for its estimated 185,000 underserved individuals.

The problem of numbers is far worse in developing nations. The Hindu reports India’s homeless population at 17.74 lakh, or around 1.7 million, with only 47,000 living in Delhi. This number is clearly inaccurate — compare it to the reported 64,000 homeless in New York City, which has more than a million fewer inhabitants than the Indian capital. Estimates of Delhi’s actual number of homeless reach as high as 250,000.

Such a diverse and proliferating issue cannot be neatly explained away. Causes of homelessness vary, though lack of affordable housing combined with burgeoning urban populations is the main reason for homelessness around the world, especially in developing nations such as India and China. Mental illness, substance abuse, poor care for veterans and the infirm, ageing, and unemployment, among other factors, plague the homeless in the first world.

The number of people teetering on the brink of homelessness — those living in constant fear of eviction, or on friends’ couches, or in crowded municipal housing units — is far larger than those actually without homes. These borderline cases are simultaneously more likely to be faced with the kind of obstacles that lead to homelessness and less able to deal with those problems. Poverty itself, of course, is the mother of all the underlying causes, and is a much larger problem in the developing world, where there is simply not enough infrastructure or organization to combat it.

On top of this tangled nest of issues sits the almost-exclusively first-world issue of homelessness by choice. Many people, fed up with their lives and wanting an escape route, choose to live off the grid. Should governments and nonprofits make efforts to help those who don’t want to be helped? This is yet another question facing those fighting the rising tide.

Why is the Issue of Homelessness Relevant?

Anyone who has set foot in New York, San Francisco, Delhi, Beijing, Lisbon or almost any other city can attest to the existence of the homeless, and yet so many of them exist just beyond the reach of data-gathering or organizational assistance. Governments around the world are building programs to try to help these people. Brazil has implemented Minha Casa, a social housing program which aims to build 3.4 million affordable houses by the end of this year. Kenya, along with Homeless International and the Pamoja Trust, is working to upgrade slums, providing materials and training so citizens can build durable houses for themselves. The French government pays for hotel rooms for their large but unnumbered homeless population.

These are all good answers, but they are not complete. The developed world considers housing a fundamental right, but the legal framework to enshrine these rights in law is still largely lacking. The debate on the viability of such policies is still under much contention.

Over a seventh of the world’s population lives without the basic human right to shelter. It can well be said that this is one of the gravest problems facing the world today. With close ties to overpopulation, urban development and the overall quality of life, homelessness and our responses to it will play a large factor in the future of global society and its survival.

*The views expressed in this article are the author’s own and do not necessarily reflect The Corner nor Fair Observer’s editorial policy.

Be the first to comment on "Homelessness: No shelter from the storm"