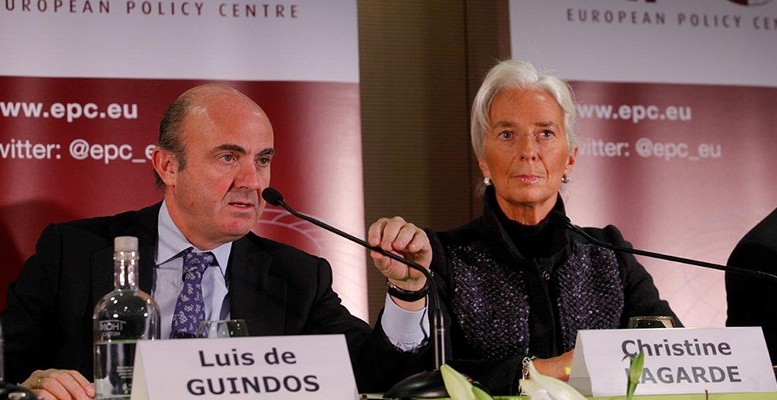 Spain is holding up well despite the slowdown in global growth, the IMF said in its latest World Economic Outlook. The international organisation maintained its forecasts for Spanish GDP growth (3.1% in 2015) but cut its global growth estimate to 3.1%, the worst performance since the start of the financial crisis six years ago.

The slowdown in China’s economy and the crisis in emerging markets, fuelled by the plunge in raw material prices, is denting world growth. In the words of the IMF’s new chief economist Maurice Obstfeld “ the ‘holy grail’ of a return to robust and synchronised global expansion remains elusive.”

Oil prices have dropped 46% over the last year, while the price of main metals has fallen 22% and food prices 17%. The IMF predicts this period of low prices for basic products will continue for at least another two years, trimming 1-2.25 percentage points off exporting countries’ annual growth between 2015 and 2017.

Faced with this bleak outlook, how is that Spain has managed to escape the carnage? For the time being, our economy is growing faster than that of other developed countries. But that will not be the case in 2016 when the IMF said growth will slow to 2.5%, half a percentage point below the Spanish government’s forecast.

But as usual, we need to put Spain’s good economic data in the right context. Firstly, the country has benefited more than any other from the so-called tailwind effect. Namely cheap international oil prices, a weak euro, very low interest rates and an ECB ready to extend its asset purchase programme for a long time to come.

And secondly, despite this tailwind, Spain remains incapable of cutting its jobless rate to a reasonable level. The IMF says the unemployment rate will end 2015 at 21.8%, falling to 19.9% in 2016. Only Greece beats these figures on a European level.

The third problem has nothing to do with the IMF’s report, but more with doubts expressed by both Brussels and many analysts about Spain’s ability to meet its 2015 and 2016 deficit target. Economy Minister Luis de Guindos’ has responded in typically ‘macho’ fashion to European Commissioner Moscovici’s doubts: the public accounts will not be touched and the deficit target will be met. We shall see.