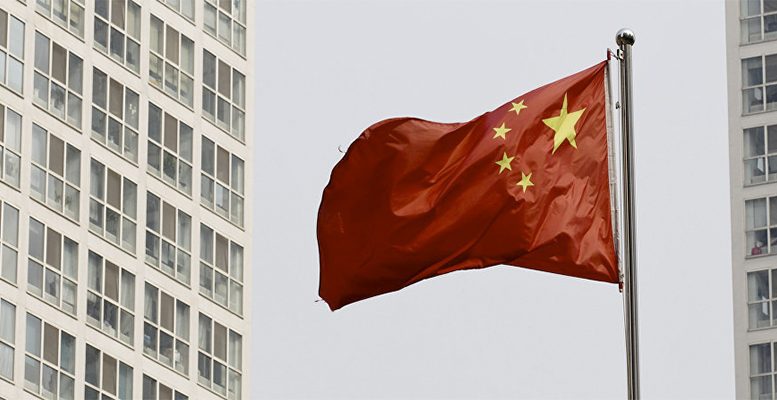 Yu Hairong, Wu Hongyuran, Huo Kan, Cheng Siwei and Han Wei (Caixin) | Where is the Chinese economy heading and how will policymakers react? As the new year approaches, debate over the outlook of the world’s second-largest economy is heating up, and all eyes are searching for clues to the next policy steps.

China’s economy struggled with slowing growth throughout 2019 and touched the slowest pace of expansion in nearly three decades in the third quarter. A prolonged trade war with the United States took a toll on momentum and sent jitters to the world economy.

Major research institutions have widely projected that the government will lower the annual target for growth in gross domestic product (GDP) in 2020 to “around 6%” from the 2019 target of 6%-6.5%, reflecting the tougher climate. But disagreements emerged on the fundamental factors causing China’s economic slowdown — whether it reflects long-term structural issues such demographic changes or short-term risks such as the trade frictions — and the scale of stimulus that should be taken to counter the cooling.

Yu Yongding, an influential economist and former People’s Bank of China adviser, in a recent article stirred heated debate by calling for greater fiscal and monetary stimulus to prevent GDP growth from sliding below 6%. Liu Shijin, vice chairman of the China Development Research Foundation, a government-sponsored think tank, argued that using simulative measures to keep growth at a certain rate will only exhaust future growth and postpone problems. Lu Ting, chief China economist at Nomura International Ltd., echoed Liu and said there is no need to keep growth at a certain level unless a dramatic slump occurs.

But Yu said the key point of his argument is not about how fast China’s economy should grow but about whether the government should take greater measures to prevent further slowdown.

“Rising pessimistic expectations amid a continued slowdown are very dangerous,” Yu said, as they could lead to weaker investment and consumption.

Even if China’s GDP growth slows to 5.8% in 2020, as projected by the International Monetary Fund, it would still be one of the fastest rates of expansion among the world’s major economies, exceeding the predicted global increase of 3.4% and the projected rise of 2.1% for the U.S., the world’s largest economy. Some analysts said that despite the tough year of 2019, China’s economy has remained in a reasonable growth range based on GDP, market prices, employment and trade balance. Others warned that persistent risks at home and abroad will continue applying downward pressure in 2020. A team led by Liu projected in a study that China’s economic growth will hold at less than 6% for the next five years.

Despite varied views on the outlook, economists have formed a consensus that China must continue structural reforms for the sake of long-term growth. “Without real reform measures, China’s growth will not last long even if it is able to stabilize the pace in the short term,” Yu said.

China will continue to step up efforts to build a high-standard market system, push forward reforms in state-owned enterprises, improve property rights protection and promote reforms in land, fiscal and tax systems, as well as the financial system. The country will further open its economy in a wider and deeper way, the statement said. Top policymakers at this year’s CEWC vowed to stabilize growth and make contingency plans as the country faces growing downward pressures and rising global turbulence and risk, signaling a moderate easing stance to bolster the economy.

But the meeting also emphasized the need to “control the pace and strength” of countercyclical measures and pledged to “comprehensively assess” the impacts of major policies, indicating leadership’s caution on more aggressive policy moves.

Policymakers and economists have warily scrutinized the country’s room for policy maneuver since the last round of stimulus in response to the global financial crisis a decade ago left lingering debt risks. But under pressure to keep the economy growing, it is likely that Beijing could marginally ease controls on the housing market and give local authorities more discretion to manage it based on local conditions, analysts said.

“It greatly reduced the space for policies to bolster the economy by adding leverage,” Lu said.

Because of different measurements, China’s official calculations of budget deficit are often lower than common estimates of the actual deficit, making it a less reliable indicator of fiscal policy, analysts said.

Since 2015, China has continued to expand the issuance of special purpose bonds to fund local governments’ infrastructure spending. The bonds, which surged more than 200-fold from around 10 billion yuan annually in 2015 to 2.15 trillion yuan in 2019, are not included in official budget deficit calculations. Analysts have widely predicted that next year’s quota for new special purpose bond issuance would further rise to 3 trillion yuan.

The actual deficit ratio could be even higher if local governments’ hidden debts were taken into account. An IMF report in August found that a broad measurement of China’s deficit ratio reached 12.7% in 2019, up from 11.2% in 2018.

UBS economists said they expect the headline government budget deficit to stay unchanged at 2.8% of GDP in 2020, or perhaps edging up to 3%. Fiscal policy would be more focused on spending and infrastructure than tax cuts, they wrote.

The policy room for further tax cuts is narrow in 2020 after the government unleashed reductions of 1.3 trillion yuan ($143 billion) in 2018 and 2 trillion yuan in 2019, analysts said.

The CEWC statement continued to describe the government’s monetary policy stance in 2020 as “prudent” but used the words “flexible and appropriate” compared with last year’s “appropriately loose or tight.” The wording change suggests policymakers may adopt a more dovish tone and a mild loosening bias, analysts said.

However, policymakers will remain reluctant to adjust monetary policy in a more aggressive way, they said.

Because of concerns over inflation, the central bank may prefer low-profile easing measures in the near term, such as rolling over its maturing medium-term lending facility (MLF) and targeted MLF (TMLF) and offering additional liquidity via such lending tools, Nomura’s Lu said.

Preventing financial risks will remain among the top three tasks for 2020 along with poverty relief and pollution control, according to the CEWC statement. But risk prevention was dropped to third place from the top spot of the past two years, indicting reduced urgency, analysts said.

After a nearly three-year crackdown on financial risks, the short-term target has been achieved and further goals will require long-term efforts, they said.

Several analysts told Caixin that they expect mild easing in the financial sector in 2020 with efforts to keep risks under control.

The CEWC statement hinted at efforts to continue defusing risks at small and medium-sized banks, a focal point of financial regulation over the past year following the seizure of Baoshang Bank.

Lu said city commercial banks and rural banks, especially those in small cities that enjoyed a land market boom over the past few years, are likely to be the targets of risk clampdowns next year.

Caixin learned that regulatory departments have set up plans to deal with risks in small banks, involving differentiated measures to defuse their troubles based on the conditions of individual banks.